Prime Minister Benjamin Netanyahu on Sunday morning told the weekly Cabinet meeting: “We are working overtime to find a responsible solution to the issue of Amona and for similar cases in the future.

“We are working to reach a rational solution and I expect all of you, ministers and MKs, to respect it,” the PM reiterated, adding, “We must act responsibly and prudently here for a common goal: to defend the settlement, and to defend the court. We are working in both spheres.”


Netanyahu also told his ministers about new progress in the Israel-Jordan-PA Red Sea–Dead Sea Canal. “Last week we crossed another stage en route to realizing the canal between the seas project,” he said. “The US, the EU and Japan are financing this joint Israel-Jordan-Palestinian Authority project, and it includes desalination for communities in the Israeli and Jordanian Aravah desert alike, and channeling salt water to the Dead Sea. According to the plan, in 2020 fresh water will be supplied to the residents of the Aravah and salt water will finally be channeled to the Dead Sea.”

Netanyahu pointed out that the project “ties in with Herzl’s vision in his book Altneuland. He foresaw the canal between the seas and we now have the great honor and opportunity to realize this vision. Of course, this is also a project that constitutes an additional strategic anchor in the peaceful relations between Jordan and Israel, peaceful relations which are more vital than ever in light of what is happening in our region.”

The PM thanked Deputy Minister Ayoob Kara, “who is responsible for this project on my behalf; he is doing important work. Thank you, Ayoob.” 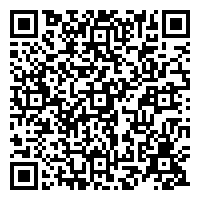