Palestinian Authority government heads are continuing to use the international arena as their new battleground against Israel.

But Prime Minister Binyamin Netanyahu warned Thursday that if the membership of the Fédération Internationale de Football Association (FIFA) caves to PA pressure, such a vote will also eventually kill FIFA.


“The effort to hurt Israel will destroy FIFA because if they start with one country they will move on to another and it will collapse the organization. The effort to suspend Israel is severe and we will resist it unequivocally.

“I told [FIFA president Sepp] Blatter that if he allows the suspension of Israel he will have allowed for the destruction of FIFA.”

Even as new allegations appear against the organization and its president, Palestinian soccer chief Jibril Rajoub is refusing to withdraw a PA proposal to ban Israel from the sports organization. A two-thirds majority vote at the 209-member organization would succeed in expelling Israel from the international sports body.

“Nothing has changed, the vote is still on the agenda,” Rajoub told the AFP news agency after a meeting with Blatter on Wednesday.

The Palestinian soccer league president is no stranger to any form of terror – be it warfare, lawfare or sportsfare – having served his first prison term in Israel at age 15. Two years, in September 1970, later he was arrested again, this time for hurling a grenade at an IDF bus near Hebron. Upon being convicted on charges of terror and membership in an armed terror organization, Rajoub was sentenced to life in prison. He was subsequently released in 1985 as part of a prisoner swap to free three Israeli hostages held by the PFLP terror organization. He was arrested again, numerous times, after returning to his life of violent crime, working with the Fatah terror organization.

After deportation to Lebanon and relocation to Tunisia, Rajoub eventually became a close adviser to PLO terror chief Yasser Arafat. He was also involved in a plot to assassinate former Israeli Prime Minister Ariel Sharon. Following the signing of the Oslo Accords, Rajoub returned to Judea and Samaria, where he served as head of the PA security force.

In June 2012, as head of the Palestinian Olympic Committee, Rajoub called a request for a minute of silence to remember the 11 Israeli athletes murdered at the 1972 Munich Olympics by Palestinian terrorists, “racist.”

Rajoub has conditioned withdrawal of the proposal to expel Israel from FIFA on a ruling by the United Nations to determine the status of five Israeli soccer teams based in Judea and Samaria. The teams are from the Jewish communities of Ma’aleh Adumim, Ariel, Kiryat Arba, Beka’at HaYarden and Givat Ze’ev.

Teams not located within Israeli territory require Palestinian authorization to participate in the Israeli leagues under FIFA regulations.

Because the United Nations does not recognize Israel’s annexation of post-1967 parts of the country – including numerous Jerusalem neighborhoods, the Golan Heights, Judea and Samaria as well as Gaza, the decision would de facto force Israel’s league to expel the five teams, or force the soccer federation to expel Israel’s league.

On Wednesday, a counter proposal was allegedly offered to the Palestinians by the Jewish State, according to one delegate. The FIFA vote on the Palestinian proposal is slated to take place Friday in Switzerland.

The Palestinian contingent has been complaining because some of its members are stopped at security checkpoints when leaving for international events. Some are prevented from leaving entirely and a few are arrested, in fact. 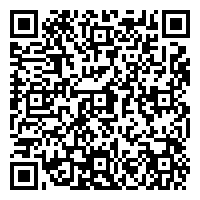