“At this moment, the IDF is responding to events in the north,” Prime Minister Binyamin Netanyahu told Israelis at a cornerstone-laying ceremony for new apartments in the southern city of Sderot.

“I suggest that all those who are challenging us on our northern border, look at what happened in Gaza, not far from the city of Sderot.


“Hamas suffered the most serious blow since it was founded this past summer, and the IDF is prepared to act on every front.”

Two IDF vehicles were hit by rocket-propelled grenades and a home in the Druze village of Rajar caught fire after being struck by a rocket fired from Lebanon.

Hezbollah took responsibility for the attack, which military sources said may have been aimed at creating a distraction in order to attempt a cross-border abduction similar to that which launched the 2006 Second Lebanon War.

IDF troops are searching the area of Zarit for indications of a terrorist tunnel. There has been no information about an abduction thus far. 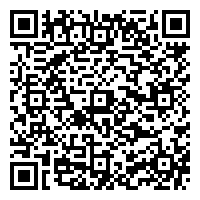