When you enter the anti-Zionist group J Street’s website these days, the front page screams at you in all-caps: “HE CALLED YOU KAPOS,” then proceeds to explain, “Trump’s pick for US Ambassador to Israel has shown contempt for J Street supporters and the values of the vast majority of American Jews. Stand with us to fight his nomination.” Below you can, if you’re so inclined, click the “DONATE” button, also in all-caps.

Their supporting statement couldn’t be simpler: President-Elect Donald Trump’s pick for his next ambassador to Israel, David Friedman, is nothing like any of the US ambassadors of the past, who for more than two decades now have been pushing relentlessly the two-state solution through Democratic and Republican administrations alike. “J Street is vehemently opposed to the nomination of David Friedman,” they explain, because “Friedman is a leading American friend and funder of the settlement movement […] and has attacked fellow Jews and public figures with hateful accusations.”

A classic pot calling the kettle black case, obviously, for a group that declares it is outraged “by Israeli Ambassador to the US’ Ron Dermer’s full-throated defense of the Center for Security Policy (CSP), an Islamophobic hate group…” And expresses its “deep concern [at] the appointment of former settlement leader Dani Dayan as Israel’s Consul General in New York,” because his home address in Israel is on the “wrong” side of the “green line.”

J Street is yearning for mainstream recognition, especially from Prime Minister Netanyahu (who once rejected founder Jeremy Ben-Ami’s request for a meeting on the same week he had dinner with Gov. Sarah Palin and spoke to Gov. Mike Huckabee). Alas, the Nov. elections pushed them so far to the left, they’re close to becoming a pariah inside the Democratic party, whose right flank has been anxious about the Farrakhan and Mecca connections of their presumed next chairman Keith Ellison (J Street has been in Ellison’s camp from the start).

What’s left? Like a baseball team after a losing season, J Street is making 2017 a rebuilding year, using US Jews’ fear and loathing of President-Elect Trump to scare up (literally) the donations. Debra Nussbaum Cohen reported in Haaretz Monday morning that J Street has launched a campaign to get the Senate to block Friedman’s nomination. After all, she notes, “J Street, gave 124 Congressional candidates a total of $3.6 million in the recent election cycle.” And so, this week, Americans for Peace Now, J Street, the New Israel Fund and the “Progressive Zionist” Ameinu will be calling on their supporters to urge their senators to vote No on the Friedman nomination.

Nussbaum Cohen interviewed a former GW Bush liaison to the Jewish community who told her the Jewish radical left’s anti-Friedman campaign “has no chance. It’s silly. It’s very rare to get an ambassador voted down, especially when the president’s party is the majority in the Senate.” The Jewish left for its part paints this as a move to put to the test the majority of US lawmakers who support a two-state solution. J Street’s national board member Peter Frey told Nussbaum Cohen: “It’s going to be an interesting test for members of Congress, especially Jewish ones, who have given lip service to being in favor of the two-state solution.”

“It will also be a test of AIPAC, whose platform favors the two-state solution,” Frey said, since Friedman is all about the rejection of two-state.

But, of course, J Street et al are well aware of the fact that their plan to bury the Friedman nomination has a snowball’s chance in the Judaean desert at high noon in August to survive. Their real target are the wallets of their supporters, manipulated by J Street’s Orwellian “Emmanuel Goldstein,” the hateful figure of the day, to click “DONATE.”

Chilean President Causes Earthquake After All – On Temple Mount

Why Were Charedi Areas Hit So Badly? 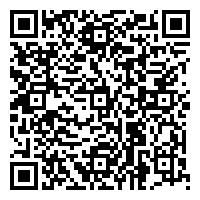