IDF veterans who provided negative testimony for the leftist NGO “Breaking the Silence” may not realize they are also participating in an effort by the group to fulfill a funding quota for bad stuff against Israel.

According to a report by the NGO Monitor, a number of grant-making agencies who provide funding to leftist organizations in Israel have made their patronage contingent upon the groups’ abilities to obtain a minimum number of negative “testimonies.”


“This contradicts Breaking the Silence” declarations and thus turns it into an organization that represents its foreign donors’ interest, severely damaging the NGO’s reliability and its ability to analyze complicated combat situations,” said the report.

One example is the foreign leftist Oxfam group, which signed an agreement with Breaking the Silence, according to the NGO Monitor watchdog organization.

According to that agreement, the Monitor reported, BTS was to conduct interviews with “as many” soldiers as possible who would testify regarding [Israeli] “immoral actions] that violate human rights.

The entire report can be read by clicking here. 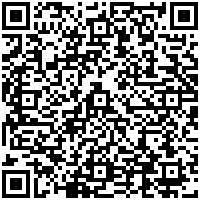