U.S. President Barack Obama offered one-line solutions to nations around the world Tuesday during his speech at the United Nations General Assembly.

Speaking of the decades-old dispute between Israel and the Palestinian Authority that evaded even Obama’s two-term attempts at peace-making, the American president offered this view:


“Surely Israelis and Palestinians will be better off if Palestinians reject incitement and recognize the legitimacy of Israel, but Israel recognizes that it cannot permanently occupy and settle Palestinian land.”

He had a lot to say about events in the Middle East in general:

“Just as force alone cannot impose order internationally, I believe in my core that repression cannot forge the social cohesion for nations to succeed.  The history of the last two decades proves that in today’s world, dictatorships are unstable.  The strongmen of today become the spark of revolution tomorrow.  You can jail your opponents but you can’t imprison ideas. You can try to control access to information but you cannot turn a lie into truth.”

He also had a great deal to say specifically about Syria, about the formation and evolution of Da’esh (ISIS) and the issue of radical Islamist terror, which he continued to refuse to label as such.

“We know that ISIL … depends on perpetual war to survive … Part of our job together is to work to reject such extremism that infects too many of our young people. Part of that effort must be a continued rejection by Muslims, of those who distort Islam, to preach intolerance and promote violence. It must also involve a rejection by non-Muslims of the ignorance that equates Islam with terror. This work will take time. There are no easy answers to Syria.”

Ultimately, he said, nations need to work together to prevent mass killings and torture.

“We also have to recognize that we must work more effectively in the future as an international community, to build capacity for states that are in distress, before they collapse.

“That’s why we should celebrate the fact that later today the United States will join with more than 50 countries to enlist new capabilities, infantry, intelligence, helicopters, hospitals, and tens of thousands of troops to strengthen United Nations peacekeepers.

These new capabilities can prevent mass killings and ensure that peace agreements are more than words on paper. But we have to do it together…. to establish security where order has broken down, and to support those who seek a just and lasting peace.” 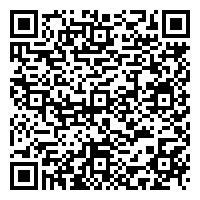