Now that Obama has been replaced by Donald Trump, those who served in the Israeli government can start to unburden themselves about the anti-Israel Obama administration that left office last week. The first to speak out was Dr. Dore Gold, former Israeli ambassador to the United Nations, former Director-General of the Israeli Ministry of Foreign Affairs and advisor to Prime Ministers Ariel Sharon and Benjamin Netanyahu.

The interview (in Hebrew) started with Gold relating a story from the funeral of Shimon Peres four months ago. He spoke of Prime Minister Netanyahu  greeting each world leader who came to the funeral individually. As each leader left, Netanyahu shook their hands and exchanged a few niceties. Suddenly there was a phone call from Air Force One which along with the crew carried President Barack Obama, former President Bill Clinton, and Secretary of State [never will be president] John Kerry.
Yoav Horowitz, Netanyahu’s chief of staff, answered the phone because the Prime Minister was trying to see off the other leaders

“Tell your boss that if he wants a funeral like Peres’, he should begin to move, to go forward.” the American voice on the other end said. Horowitz passed on the message immediately. “Tell him,” Netanyahu responded, “that I give up the honor, because I have no intention of participating in the funeral of my country.”

So what Obama was trying to say to Netanyahu in his crass manner, If you “move forward” then you will be world-famous and admired and you will have a splendid funeral like Peres with dozens of world leaders coming to pay tribute.

According to Gold that particular story encapsulates the relationship between Obama and Netanyahu over the past eight years. Dr. Gold added that he knows some other [worse?] stories about the interaction between the two, and he might tell them (but not for another two years or so).

Dr. Gold was present during the entire history of the Netanyahu/ Obama relationship. He attended the first meeting between then-Senator Obama and then-opposition leader Benjamin Netanyahu (before either had been voted into office)  “everyone was so polite, differences emerge only when you come to power,” he said.

Until recently Gold was the Director of the Ministry of Foreign Affairs in a government where the Prime Minister also held the Foreign Ministry portfolio so Dr. Gold was very involved with all foreign relations decisions. And he says he is no longer surprised by stories such as the one he related about Peres’ funeral.

Gee, Obama had the same exact attitude with Americans (his policies weren’t wrong, Americans were just too stupid to understand).

That was the sharpest statement that Gold was ready to express about the band that was going to end its management of the USA today (Friday). “But even now I refuse to stick all these definitions –anti-Semite, pro-Muslim, threw Israel under the bus– on Obama. By no means. Not at all.”

But then again, Gold is a diplomat, the rest of us are free to tell it as it really was with out the diplomatic restrictions.

Gold went into more detail about the arrogance of the administration and how they ignored decades of international protocol.

For example, direct talks included US Secretary of State Hillary Clinton with former commanders of the Civil Administration in Judea and Samaria. Contrary to all rules, the US secretary of state investigated Israeli army officers and reprimanded them for the destruction of Palestinian homes.

Another example was a statement made by National Security Adviser Susan Rice, that “even if Israel and the Palestinians reach an agreement, it is possible that the United States would oppose it” – because he would not do justice to the Palestinians.

In other words Gold is telling is that Obama didn’t want peace, he wanted peace his way.

The outgoing Obama administration was hostile to Israel’s positions especially the settlements. According to Dr. Gold the settlements were a bigger issue to Obama than to the Palestinians.

“The issue of settlements has become an obsession,” says Gold. “There are many indications that the Palestinians saw it was not a big nuisance or constraint prevents negotiations. But in the eyes of Washington, for some reason, it is becoming the central issue.” As proof Gold mentioned  Abu Mazen’s statement, that in 2011 he said that “Americans put me on the tree (when required the construction freeze) and then took away the ladder”.

I would add the fact that during the Bush Administration, when lord comb-over Ehud Olmert was the PM, negotiations as well as construction in settlement communities were ongoing and they did not stop negotiations.

The settlement attitude hit Gold and Israel hard immediately after the second meeting of Netanyahu and Obama, and this time they already are serving as leaders of the countries. In this meeting Obama smashed three conventions that until then characterized the relationship between the United States and Israel.

The first is the prior coordination of meetings, this is an accepted fact worldwide. Gold arranged Netanyahu visits in the 1990s, and some of the visits during the Sharon govt. What the arrangements entailed were an agenda was set a few days earlier and there were to be no surprises. ‘No surprises is one of the principles of Israel-US relations. ”

The second convention was American recognition, at least partially, the rights of Israel in Jerusalem. The third says that any new government is subject to commitments of its predecessor, and in this case an international convention.

“And now the Israeli prime minister sitting in the White House, and he is surprised. Surprised the demand to freeze construction beyond the Green Line, which moved him ahead of time. Surprised that the requirement that refers to Jerusalem – which was not in the days of George W. Bush. But what bothered me more than anything else, Obama was ignoring the letter (which includes “recognition of demographic changes on the ground”, ie the settlement blocs – if so). This letter was approved by both houses of Congress, as if it were a formal contract. But Obama arrives and throws the letter Bush sent dustbin of history.

How the US administration can ignore the previous government commitments, especially when they have the backing of Congress? Hillary Clinton also supported the letter to Bush when she served in the Senate, so what’s going on here?

I saw it very seriously, because we can not return to the ’67 borders, and we must rely on the promise of the United States.

Bush’s letter was originally written to make the Israelis comfortable with the Gaza disengagement.

Gold realized that things under Obama were going to be difficult, because they had trusted that the U.S. government would honor agreements form one administration to another, therefore they didn’t have back-up positions–they had believed everything was settled.

But according to Gold the Obama administration said “we have a different position.”

In the American press Obama and his Secretary of State Hillary Clinton claimed the agreement never existed.

We’ve covered the Obama trashing of this particular agreement here at The Lid, including comments by Elliot Abrams who negotiated the agreement for the Bush administration with then prime minister, Ariel Sharon.

On the major settlement blocs, Mr. Bush said, “In light of new realities on the ground, including already existing major Israeli populations centers, it is unrealistic to expect that the outcome of final status negotiations will be a full and complete return to the armistice lines of 1949.” Several previous administrations had declared all Israeli settlements beyond the “1967 borders” to be illegal. Here Mr. Bush dropped such language, referring to the 1967 borders — correctly — as merely the lines where the fighting stopped in 1949, and saying that in any realistic peace agreement Israel would be able to negotiate keeping those major settlements.

On settlements we also agreed on principles that would permit some continuing growth. Mr. Sharon stated these clearly in a major policy speech in December 2003: “Israel will meet all its obligations with regard to construction in the settlements. There will be no construction beyond the existing construction line, no expropriation of land for construction, no special economic incentives and no construction of new settlements.”

Abrams added that Obama’s contention that there was no previous agreement was “an outright lie.”

At least for now that’s about as far as Dr. Gold is willing to go. It is likely that Gold will say more over time for the historical record, and there are rumors that former Ambassador to U.S. Michael Oren has some spicy vignettes of Obama’s insulting behavior toward Netanyahu that he didn’t cover in his book, Ally: My Journey Across the American-Israeli Divide. 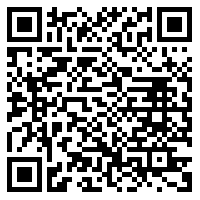