Senior official Yasser Abed Rabbo, speaking for the PA’s parent organization, the Palestine Liberation Organization (PLO), said, “Israel chose the path of racism, occupation and settlement building, and did not choose the path of negotiations and partnership between us.”


Entirely forgotten were the 10 months in which hundreds of thousands of Israelis could not repair even a balcony if they lived in Judea, Samaria or areas of Jerusalem desired by the PA, due to a construction freeze imposed by Netanyahu in deference to a PA precondition for talks.

Nabil Abu Rudeineh, spokesperson for PA Chairman Mahmoud Abbas, told the Ma’an news agency the PA is not concerned with who forms the new government, but rather with whether that government recognizes the PA’s right to an independent sovereign state – with part of Jerusalem serving as its capital.

Rudeineh said the PA would continue to work with any Israeli government that recognizes “legitimate international resolutions” but said if Israel is not committed to a two-state solution, there would be no chance to resume the peace process.

Former chief PA negotiator Saeb Erekat said in a statement that the Likud victory reflected “the success of a campaign based on settlements, racism, apartheid and the denial of the fundamental rights of the Palestinian people.”

However, a Gulf Arab official who declined to be named told Reuters that Prime Minister Binyamin Netanyahu actually owed his victory at the polls to Israeli concerns over security, particularly with regard to worries about Iran.

“With Iran emerging again, it was highly expected that Netanyahu would win,” the official said. “He’s a man who believes strongly in protecting his people, and this is what Israel wants now.”

U.S. Secretary of State John Kerry declined to comment on the results of the election when asked by reporters during a break in talks with Iran in Lausanne, Switzerland. State Department spokesperson Jen Psaki said Tuesday night, however, the U.S. was “looking forward to working with the next Israeli government.” 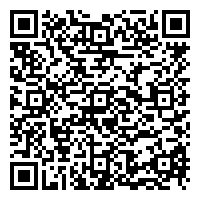