How can you tell when the White House is in a panic? When they recruit a disgraced has-been Israeli politician to go after Netanyahu’s Iran message. It means they were unable to get President Shimon Peres to carry that bucket of water for them, which says a lot.

After revelations that the U.S. has been misleading two of its most loyal friends in the region, Israel and Saudi Arabia, and conducting secret talks with Iran even before the latter picked “moderate” Hassan Rouhani – it’s not easy to find A-list Israelis to make fun of Bibi’s “hysteria.”

So Olmert agreed to do the deed, and told a conference of security experts on Sunday that Netanyahu’s public criticism of the American nuclear deal with Iran was provocative and counterproductive.

Netanyahu, you’ll recall, said the deal with Iran was an “historic mistake” and Israel is not bound by it.

This means that no matter how much good will Rouhani is getting from Obama and the EU gang – Israel could up and bomb the plants overnight, any night. And, considering the Saudis’ mood about Obama these days – the IAF could fly through Saudi airspace unmolested. Why, the royal band would be playing Hatikva as the Israelis fly above (you don’t want them to play the Saudi anthem, because it could interfere with the mission).

Olmert said he, too, had disagreements with Obama, but always made sure to voice them in private.

Bibi’s response was that in contrast to “others,” when it came to the security of Israeli citizens “I will not be silent.”

Why should the White House be in a panic? Because of the bipartisan action taking place in both houses of Congress – something which has been rare, indeed, these past few years. As always, only the Jews could get the Democrats and Republicans together, or, if you will, only a clear betrayal of an old friend by the president could do it.

Anonymous senior officials in the Obama administration have been making a point of saying that Netanyahu’s efforts to appeal to Congress won’t be effective and Netanyhau can be “managed”, saying that Netanyahu is “weak and desperate”, that Netanyahu lacks self-confidence, and and the the White House isn’t excited by Netanyahu’s opposition, according to a report on Israeli TV. The official made sure to add that they aren’t naive.

The anonymous senior official doth protest too much, methinks.

According to Ray Takeyh, a senior fellow at the Council on Foreign Relations writing for Politico, the Iran accord, freezing but not eliminating Iran’s nuclear program over the next six months, is proving “contentious,” as congressional critics are highlighting its problems. House Speaker John Boehner (R-Ohio), for instance, urged that the agreement be met “with healthy skepticism,” and Sen. Chuck Schumer (D-N.Y.) said that the sanctions relief vs. Iranian concessions “does not seem proportional.”

Takeyh reminds readers that all the Iran sanctions bills to date have passed with overwhelming bipartisan majorities.

“Liberals and conservatives have come together to punish the Islamic Republic for its nuclear transgressions and sponsorship of terrorism. During the past three decades, while many countries have been enticed by Iranian commerce, Congress has distinguished itself by persistently holding Tehran responsible for its human rights abuses.”

And Takeyh insists this should not be attributed to pressure from AIPAC etc., since “American legislatures are perfectly capable of being offended by supreme leader Ayatollah Ali Khamenei’s penal colony without such advocacy.”

Of course, the Iranians are not helping. President Obama wakes up every morning to discover new quotes from Iranian officials being candid about the interim deal. Last week, Hossein Shariatmadari, the voice of the Supreme Leader, according to the Washington Post, bragged to the Wall Street Journal that “if the right to enrich is accepted, which it has been, then everything that we have wanted has been realized.”

Wouldn’t you panic reading this quote? The Iranians are spilling so many beans, somebody is bound to trip and break something…

According to the Hill, the sanctions effort is led by Senators Robert Menendez (D-N.J.) and Mark Kirk (R-Ill.), who co-authored the Iran sanctions legislation that sailed through the Senate 100-0 two years ago (see: Senate Foreign Relations Chair (D) Attacks Obama ‘Fear Mongering’). And Senators Schumer and John McCain (R-Ariz.) are pushing for new sanctions, too.

It appears that the new legislation will take into consideration the general support of the American public for any deal that doesn’t require starting yet another war. What they’ll do is push for verification of Iran’s compliance. It will focus on getting Iran to dismantle its nuclear program, which the current six-month deal does not do.

Meanwhile, it appears Ehud Olmert, once Israel’s political fixer, has been reduced to doing Obama’s bidding. It’s a good job, but with an obvious sunset date: 2016. Until then, send all water carrying assignments to Yossi Olmert’s older brother. 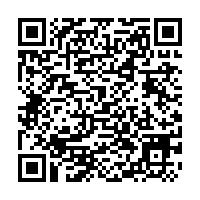