PayPal on Monday blocked cash transfers to the French account of the Boycott, Divestment, Sanctions (BDS) group. According to the Jerusalem Post, users who wanted to give money through the French BDS website’s link to PayPal, received the message: “The recipient is currently unable to receive money.” Eventually, the website deleted its link to PayPal altogether. But PayPal did not state their position regarding the account, saying, “We can’t confirm or deny any limitation of a specific account.”

In 2003, French Jewish parliamentarian Pierre Lellouche, a member of the Republican Party of former President Sarkozy, introduced the so-called Lellouche law, which amended the laws against racism to include discrimination against countries. Since then, the BDS movement is, essentially, illegal in France.

The spokeswoman for PayPal did confirm that “compliance with all local laws is something we take very seriously. PayPal has dedicated significant resources to combat the use of our secure payment platform for illegal activities and works collaboratively with law enforcement agencies around the world to support both the detection of crime and the conviction of criminals.”

She added, “We have 184 million active customer accounts and regularly screen their activities to make sure they respect the laws, and if they don’t, per our user agreement, we then suspend, limit or close them. PayPal encourages anyone who has information about the potential unlawful use of our service to contact us.” 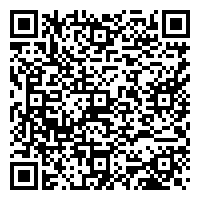