Russian President Vladimir Putin spoke on the phone with Israeli Prime Minister Benjamin Netanyahu on Tuesday, the Kremlin press service reported, adding that the conversation was initiated by Israel.

“The leaders exchanged opinions on Middle East settlement issues and topical aspects of the general situation in the region. They agreed to continue active Russian-Israeli contacts at different levels,” the report said.

The Russian Foreign Ministry later issued a statement saying “the talks were meaningful and trustful. The sides considered prospects for advancing the Palestinian-Israeli settlement in strict compliance with the principles of international law. They also discussed the restoration of Palestinian national unity along the PLO’s political platform designed to create an independent Palestinian state, which would live in peace and security with its neighbors, including Israel.”

To be clear, in its current situation, the PA only has two neighbors: Israel and Jordan, so it’s a relief to read that it plans to live in peace with both. This considering the fact that Hamas, in the Gaza Strip, also has only two neighbors, Israel and Egypt, and it is maintaining a perpetual state of war with both. 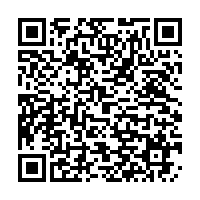