Israel Police have arrested seven suspects in connection with Arab violence perpetrated at the Temple Mount in Jerusalem, according to spokesperson Luba Samri.

The arrests were made in connection with rioting on Monday, during the Jewish holiday of Sukkot. Palestinian Arabs at the site threw stones, firebombs (Molotov cocktails), firecrackers and other ammunition at police.

The Arabs hurled their ammunition from within their barricade inside the Al Aqsa mosque, which is located within the grounds of the Temple Mount compound.

Video footage filmed by the Hebrew-language NRG news site documented Zahalka’s attempt to block Jewish visitors from entering the grounds, and vicious curses and other remarks to the visitors and to the police who were protecting them.

As does every other Israeli parliamentarian, Zahalka and the other Mks who came to join the rioting against Jewish visitors and Israeli police officers on the Temple Mount, are supported by Israeli tax money.

Under the current laws, no matter how or when they complete their terms of service, they will each receive generous severance payments and subsequently continue to receive liberal pensions for the rest of their lives.

Meanwhile, also on Tuesday, Jerusalem police arrested a 15-year-old terrorist-in-training after he was caught throwing stones at a bus.

The young terror suspect was taken to a police station for questioning. 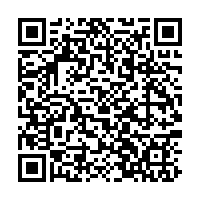