For a number of months, Israel has quietly been importing more than three quarters of its crude oil from the semi-autonomous northern region of Iraq still controlled by the Kurds, despite some unhappiness from Baghdad.

The remainder is purchased from Azerbaijan, Kazakhstan and Russia, its long-time suppliers.

News of the deals was made public early Monday in a report on the international Financial Times website.

Refineries and oil firms in Israel imported more than 19 million barrels of Kurdish oil between May 1 and August 11, according to satellite tanker tracking data, trade sources and shipping data. Among the trading companies involved in these quiet transactions have been Vitol, Petraco and Trafigura, FT reported.

Total sales for the period at this volume, using international prices, are worth (Israel may have paid) close to $1 billion.

Other customers for Kurdish oil during this period have included Italy, Greece and Turkey. In addition, some 17 percent of exports were shipped to Cyprus, where the oil is then transferred from one ship to another for export “elsewhere.”

But the export of northern Iraqi oil begins with shipping through Turkey’s Mediterranean port of Ceyhan. From May 1 to August 11, more than a third of that was sent to Israel, although some may have subsequently been exported elsewhere.

However, Israel’s domestic consumption levels out at approximately 240,000 bpd (barrels per day).

There have been three benefits to the move, if not more.

First and most obvious, Israel has been able to obtain the crude at a reasonable price due to its geographic proximity. Some industry sources say Israel is receiving a discount from the Kurds, although Kurdistan Regional Government (KRG) officials denied the report.

Second, because Israel invests so much of its consumer dollars in Iraqi Kurdish product, the Kurds have better resources with which to fund their war against Da’esh (ISIS). This is especially important, since it seems that only the Kurds have been able to present a consistent, long-haul effective fighting force against the Da’esh terror machine.

But today one can quite legitimately ask who exactly is in control in Baghdad. Most regional analysts believe the Iraqi government no longer exists, other than to provide a fig leaf for Tehran.

Israel is one of the biggest customers of northern Iraqi / Kurdistani oil at this time. Baghdad still does not recognize the State of Israel. Cash-strapped Kurds, however, are much less concerned about who is buying the oil; their concern is getting money to pay for survival.

“We do not care where the oil goes once we have delivered it to the traders,” a senior Kurdish official was quoted as saying to FT. “Our priority is getting the cash to fund our Peshmerga forces against Da’esh (ISIS) and to pay civil servant salaries.” 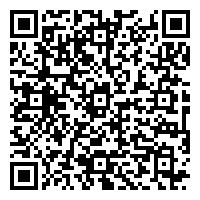