On Tuesday morning it looked as if, at long last, the moment everyone had been waiting for came, igniting Arab anger like a lit fuse reaching the dynamite stick: two young religious Jews in white, knitted yarmulkes dared to bow on the stone floor of the Temple Mount, the way Jews had done it there from around 1,000 BCE until 70 CE, with a few interruptions.

Of the 90-second video, only the first 10 or so show the Jews bowing. The rest is about the rush of police to meet Arab rioters who are going hoarse with a level of screaming reserved for special occasions. They shout Allahu Akbar, which is close to what we used to cry out on Yom Kippur when we bowed there, on the stone floor, as the high priest sounded the explicit, 72-letter name of God.


The two Jewish offenders were arrested on the spot, and the Arabs, who, frankly, seemed way more offensive, were left to clash and scream and beat on the cops to their hearts’ content.

This was the third day in a row in which Israeli Police removed Jews from the Temple Mount, and so, every day so far this week Jews have been kicked out and arrested on and off the grounds of the Temple Mount by the security forces of the Jewish State, often instructed by the Jordanian Waqf, which runs the show.

For a complete report of police action against Jews on God’s mountain, go to 8 Jews Ejected from Temple Mount by 10 am, Passover Day 4. 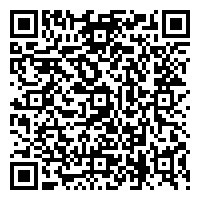