For the third day in a row, Israel Police removed eight Jews from the Temple Mount, five of them by 10 am Tuesday, the fourth day of Passover. Every day so far this week, Jews have been thrown out of the grounds of the Temple Mount by Israeli security forces. On Tuesday, eight were arrested by midday.

Two were removed and arrested for bowing during their tour of the grounds in a manner that resembled the ancient prayers of the holy Temple times, according to a statement by the Honenu legal aid group.


“During visits to the Temple Mount groups the security forces removed three Jewish visitors who violated the rules for visiting the site,” an Israel Police spokesperson said in a statement shortly after 9:30 am. “Visitation hours will continue as planned.” The next two Jews were arrested shortly after.

There have been numerous summary detentions and ejections so far this holiday. Occasionally, a police spokesperson has told media that one or more of the Jews was caught “praying.”

Some Jews actually have been seen dramatically covering their eyes and reciting the “Sh’ma” prayer to the heavens and earth. It is an unusual occurrence these days, and one that is a real act of utter defiance.

The “Sh’ma” is Judaism’s call to the faithful, and a warning to those who are not: “Hear O Israel, the Lord Our God, the Lord is One. Blessed Be His Name Whose glorious Kingdom is forever.”

To a Muslim Arab, it is tantamount to the jihadist’s “Allahu Akbar!” – The Arabic shout of ‘God is Great!’ – yelled just prior to holy war. But most of the time, a Jew recites the Sh’ma prayer as part of routine services three times a day, in addition to every night just before retiring to bed.

However, the Sh’ma is also said on one’s deathbed – and in life-threatening situations, including war – so it is in this respect the prayer parallels the “Allahu Akbar.”

Clearly the Muslims on the Temple Mount are well aware of this, although some of the hapless Jewish tourists who ascend to the site may themselves not be aware of the prayer’s deepest ramifications.

Some of the Jewish tourists are so moved by their experience they murmur recite the only Hebrew prayer they have ever learned, the one passed down to them by their ancestors: the Sh’ma.

Imagine their shock when they are grabbed roughly by an Israeli police officer and dragged away off the grounds and into a precinct, all the while either in silence or with a scolding in Hebrew which they often don’t even speak or understand … Israeli hasbara at its best. 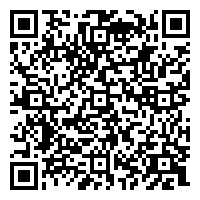