Two Ministers, two Deputy Ministers, four Knesset Members, Israel’s Chief Rabbi and other VIPs joined leaders of Judea, Samaria, and Hebron, three Biblical patriarchs and three matriarchs, as well as 30,000 “regular” Jews in marking the Passover holiday in Hebron and kicking off the jubilee celebrations of the return of the Jewish people to the city of our forefathers and to all the rest of the Land of Israel.

The celebrations of 50 years since the Jewish nation has received the divine gift of completing the conquest of western Eretz Israel, in the Six-Day War of 1967, have begun a little early, to prepare us to be ushered into the actual jubilee, ending fifty years that started on June 5th, 1967, the 26th of Iyar, 5727. In fact, next year will mark four miraculous events in Jewish history, starting with the first Zionist Congress, launching modern political Zionism, 120 years ago in 1897; followed by the 100th anniversary of the November 2, 2017 Balfour Declaration, in which the world’s most dominant empire at the time recognized the Jews’ right to a homeland in the Land of Israel; followed by all the nations of the world 70 years ago, on November 29, 2017, voting to establish a Jewish state in the Land of Israel; and then, at the conclusion of the process, the divine gift, 50 years ago.


And while leftwing groups are laboring even as we speak on a multi-million dollar propaganda campaign for 2017 dubbed “Save Israel-Stop the Occupation” (SISO), the folks at Hebron are working on a long gratitude list each Jewish person should contemplate in the coming year (14 months, really).

And so busses filled with Israelis and pilgrims from around the world took part in the Hebron festivities Monday, visited the rarely opened Isaac Hall in the Tomb of the Patriarchs and Matriarchs, experienced the multi-million dollar 4D presentation on Hebron at the Beit Hadassah Hebron museum and were entertained by musicians Chaim Yisrael, Udi Davidi, Uzziah Zadok, Itzik Dadya, and Binny Landau.

The visiting leaders addressed the crowd from a large stage situated in the Machpelah plaza.

Justice Minister Ayelet Shaked (Habayit Hayehudi) said, “I am certain that in this city Jews are going to continue to live, as the saying goes ‘from antiquity to eternity.’ This spirit, which brought you to settle in the City of our Fathers inspired others to climb other hilltops and raise their new communities… and this same spirit will lead us, your representatives in the Knesset and government, to give you support, to fulfill your great vision — the vision of settling the land.”

Deputy Minister of Regional Cooperation Ayoob Kara (Likud) addressed the Arab population of Hebron in Arabic, saying, “Only under Israeli sovereignty in this area will your rights and your lives be insured. Without Israel there is ISIS.”

Chief Rabbi David Lau spoke said, “This large and holy crowd has gathered here to begin the jubilee celebrations of the liberation of Judea and Samaria… We have come here to mark 50 years that we can finally return, and this time it is a full return because we’ll never have to stand at the [Muslim rulers’ limit of the] ‘7th step’ in order to pray with Mother and Father. As we have merited this, may we merit to have full return and to settle the nation of Israel in its land.”

Abbas Advisor: Jews Desecrate Tomb of the Patriarchs with Chanukiah 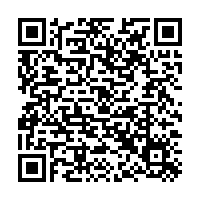