Saudi Arabia has charged Iran with perpetrating an act of war against Riyadh by supplying advanced missiles to its proxy group in Yemen, the Houthi rebels.

One of those missiles was fired at Riyadh on Saturday night. The Saudi air force intercepted the missile in the skies over Riyadh Airport.


Crown Prince Mohammed bin Salman was quoted by the official Saudi Press Agency on Monday as saying the Iranians are involved in “direct military aggression” in Yemen, and said Iran’s actions with the Houthis could constitute an act of war against the Saudi kingdom.

Riyadh is also doubling down on Lebanon after its prime minister, Sa’ad Hariri, fled to Riyadh this past weekend to evade an attempt on his life. Hariri announced his resignation on the Saudi official Al Arabiya news network, blaming Iran for the decision, and saying Tehran is sowing “chaos and destruction” in the region.

The Saudi government subsequently issued a statement saying Lebanon appears to be declaring war on Saudi Arabia via aggression by the Iranian proxy terror group Hezbollah, which has two ministers in the Beirut government.

The Crown Prince launched a purge earlier this week that led to the arrest of 11 princes, four sitting government ministers and more than a dozen former government officials.

Saudi Prince Al-Waleed bin Talal, one of the world’s wealthiest men was among those held. Prince Waleed, the head of the investment firm Kingdom Holding, holds an estimated fortune of approximately $32 billion. He also owns or has a major stake in 21st Century Fox, Citigroup, Apple and Twitter, according to a report by Reuters, and controls satellite television networks watched across the Arab world.

Banks in Saudi Arabia have frozen more than 1,200 individual and corporate accounts, and the number is still rising as the Saudi anti-corruption committee headed by the Crown Prince continues its probe. 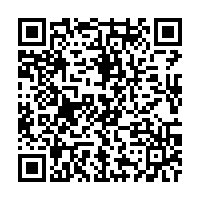