Former Prime Minister Ehud Olmert replaced the ailing Sharon and served from 2006 to 2009. As cabinet minister, Olmert was a senior member of the deportation think tank. As prime minister, Olmert was responsible for the brutal demolition and expulsion of Amona, a Jewish outpost in central Judea and Samaria, where almost 300 civilians, including 3 MKs, were brutally attacked by police dismantling the settlement. In July 2012, Olmert was convicted on one count of breach of trust, but exonerated from charges two other affairs. The corruption trial regarding the Holyand Affair is still pending. Olmert has been effectively out of politics and his career is likely over.

Chaim Ramon is a distant has-been in today’s Israeli politics, but, until his active participation in the Gush Katif plan, Ramon was Israel’s top king maker, feared and admired by this country’s political class. Ramon broke from the Labor party, to become the first Labor politician to join Sharon’s Kadima party, a party Sharon created simply because his own Likud party refused to support his designs on Gush Katif. Ramon was one of the key political brains behind the deportations. On January 31, 2007, Ramon was sentenced to community service, for sexual assault. In 2009, Ramon ended his political career by resigning from the Knesset.

Minister of Tourism and later of Finance Avraham Hirschson was among the senior Likudniks who left their party to join Kadima. In June 2009, Hirschson was convicted of embezzling millions of shekels from the National Workers Labor Federation while he was its chairman. In July, he was sentenced to five years and five months of jail and a fine of 450,000 shekels.

MK Tzachi Hanegbi, son of former MK Geula Cohen, prominent member of the pre-state underground group Lechi (“the Stern gang”), served as Sharon’s Minister of Internal Security, followed by an appointment as head of Israel’s intelligence agencies Mossad and Shin Bet, and Israel’s Atomic Energy Agency. After Sharon created Kadima, in November 2005, Hanegbi joined him and was active in the plot against the Jews of Gush Katif. In July 2010, after a four-year trial for election bribery, fraud and breach of trust, a Jerusalem court cleared Hanegbi of all charges, but convicted him of perjury. He was fined 10,000 shekels and was forced to stay out of politics for 3 years. He got away easy, and now serves once again as a Likud MK. The heavenly court works in mysterious ways…

There are many exceptions to the above karmic events: Tzipi Livni was as active as anyone else in expelling Jews and she is yet to be made to account for it. Shimon Peres is yet to miss a beat, despite his active support. Amir Peretz, who faced some turbulence, escaped largely unscathed. In fact, the case could probably be made that the above list is nothing but cherry picked coincidences.

Far be it from me to suggest that the list represents any divine message. It is, however, noteworthy that Ariel Sharon’s condition is deteriorating 8 years to the day, almost, after his debilitating stroke—and that it’s taking place at the same time current Prime Minister Benjamin Netanyahu may be mulling the deportation of a much larger group of Jews than were uprooted from Gush Katif.

I wish Prime Minister Netanyahu health and happiness until 120. 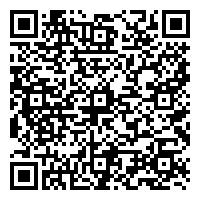