Hezbollah guerrillas are back on Israel’s northern border, even though they’re busy in Syria. The only question now is what they are planning to do, and when.

IDF soldiers on Mount Dov fired warning shots today (Monday) at a shepherd approaching the border fence from Lebanon. At least, it appeared to be a shepherd. Along the northern border, you really never know. Regardless, the “shepherd” retraced his steps.


There have been a rash of “shepherd” incidents in that area of late. Earlier this month, two unidentified people also approached the border fence, but they ignored warnings by the IDF to turn back.

That incident and several others constitute a sea change in what has, until now, been a relatively calm period on the border between Lebanon and Israel. The exceptions might be the token Katyusha attacks launched here and there during Operation Protective Edge this past summer. But since the end of the 2006 Second Lebanon War, it has been pretty quiet.

It’s not clear how much longer that calm will hold, according to reports from Lebanon.

The Shehab news agency reports the Hezbollah terror organization has “changed its policy” and is moving forces from Syria to deploy along the border with Israel.

The report, published in Arabic today on the news agency’s Facebook page, quotes one written in the leftist Israeli daily Ha’aretz that referenced an article published in the Lebanon-based Al-Akhbar newspaper. Al-Akhbar, which is believed to be linked with Hezbollah, reported that the terror group is again expanding its operations in southern Lebanon, south of the Litani River.

The same move was seen prior to the Second Lebanon War. And this is now taking place despite the drain on the group’s resources due to its 3-year fight against Syrian rebels on alongside government forces for the regime of President Bashar al-Assad.

Both Hezbollah and Assad are generously patronized by the Iranian government, which has also sent its elite Revolutionary Guards to help in the war effort.

The October 8 article in Al-Akhbar referred to the October 7 attack on an Israeli army patrol that left two IDF soldiers injured on Mount Dov, also known as the Sheba’a Farms.

Israeli media also reported on the attack, including JewishPress.com. “Initial reports indicate the explosive device was planted with the intent to attack soldiers,” read a statement from the IDF describing the attack.

Israel returned fire with mortar shells towards Sheba’a Farms and Kfar Shuba, the Hezbollah-linked Al Manar TV station reported. A second bomb was detonated along the same border area a couple of hours later, but no injuries were reported in the new attack.

A day earlier, IDF soldiers spotted a terror cell attempting to infiltrate into northern Israel. The soldiers fired at the infiltrators, and hit at least one, according to the IDF Spokesperson’s Unit, who said the cell raced back across the border into Lebanon.

“The incident has not ended,” a senior IDF source said.

A subsequent statement released by IDF Spokesperson Peter Lerner acknowledged the army had “responded to the unprovoked aggression against its forces and will continue to operate to maintain the safety of northern Israel.”

Just over eight years ago, United Nations Security Council Resolution 1701 ended the Second Lebanon War. The agreement has been violated by Hezbollah from the day the document was signed. The UN Interim Force in Lebanon (UNIFIL) charged with enforcing it has never actually done so — primarily because it can’t.

The document calls for the disarmament of all groups and entities in Lebanon other than the “legitimate” Lebanese Army. This was to include Hezbollah and any other terrorist organization. 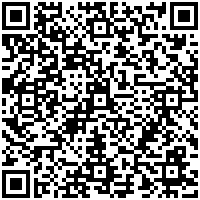