Turkey is on high alert for a huge acid rain cloud coming its way following a fire that erupted at a sulfur plant south of Mosul, the Daily Mail reported Sunday night. ISIS blew up the al-Mishraq sulfur plant a few weeks ago, to slow down the advancing Iraqi army.

Turkish Deputy Prime Minister Veysi Kaynak expressed his hope that the cloud, capable of producing acid rain that would burn through vegetation, will not hit Turkish territory but instead “will pass by our Hakkari borders (southern Turkey) and proceed directly to the Caspian Sea.”


Turkish meteorologists were less optimistic, predicting that humidity in the area will increase, and when water merges with sulfur dioxide and water vapor, it will form sulfuric acid rain that “will burn the plants in the region.”

According to the UN, Iraqi health facilities have treated more than 1,000 cases of suffocation in the area south of Mosul, and condemned “what appears to be a scorched-earth policy employed by retreating” ISIS fighters. UNEP chief Erik Solheim said that “this is, sadly, just the latest episode in what has been the wholesale destruction of Iraq’s environment over several decades.”

Solheim added that the “ongoing ecocide is a recipe for a prolonged disaster. It makes living conditions dangerous and miserable, if not impossible. It will push countless people to join the unprecedented global refugee population.”

Naturally, there will be no discussion of this war crime at UNESCO, because the organization’s time is taken up with obliterating the memory of Jewish ties to Jerusalem. 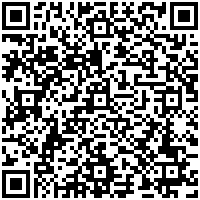