UN Special Coordinator for the Middle East Peace Process Nickolay Mladenov told the Security Council in his regular briefing Monday that recommendations offered by the so-called Middle East Quartet, comprising the US, Russia, the EU and the UN, on the way forward in the peace process have been ignored by Israel, pointing to a surge in Israeli settlement-related announcements and continuing demolitions of illegal Arab construction in Area C, which is under full israeli control. The Quartet’s recommendations include an end to Israel’s settlement policy and a halt to the PA’s incitement to violence.

Mladenov reported that a major threat to peace is the fact that since the beginning of July Israel has advanced plans for more than 1,000 housing units in eastern Jerusalem, which has been part of Israel proper for almost 50 years. He pointed to promised new apartments in Pisgat Ze’ev, Ramot, Har Homa, and Gilo, as well as to 735 units in Ma’ale Adumim and other Judea and Samaria communities as the culprits.


Mladenov also noted that Israel has published tenders, some new, for 323 units in eastern Jerusalem and reissued tenders for 42 units in Kiryat Arba, near Hebron, for which it also allocated more than $13 million in new funding.

The envoy had nothing to report on efforts to reduce anti-Semitic PA and Hamas incitement, so all must be well on that front. He did report violent incidents over the past month that included the extrajudicial execution by the Palestinian Security Forces of a man in custody; the firing of two rockets from Gaza, to which Israel responded by directing some 60 missiles and shells at 30 suspected military installations in Gaza; and the killing by the Israeli Security Forces of an Arab man who was reportedly under psychiatric care.

Turning to Gaza, Mladenov said that while progress has been made on reconstructing the physical damage since the ceasefire agreement two years ago, repairing the psychological damage of the conflict is “miles away” from being over. “We need a radical overhaul of how we deal with the problems of Gaza,” he said. He failed to mention the arrests and indictments by Israel of an international charity administrator and a UNDP employee, both of whom confessed to directing millions of dollars in international funds to the terrorist activities of Hamas — which may have had something to do with the fact that all those ruined buildings are yet to be rebuilt.

Prime Minister Benjamin Netanyahu’s office released a statement in response to the envoy’s report, saying, “The UN envoy to the Middle East’s remarks to the Security Council distort history and international law and push peace farther away. Jews have been in Jerusalem, Judea and Samaria for thousands of years and their presence there is not an obstacle to peace. The obstacle to peace is the unending attempt to deny the Jewish People’s connection to parts of their historic land and the obdurate refusal to recognize that they are not foreigners there. The claim that Jewish construction in Jerusalem is illegal is as absurd as the claim that American construction in Washington or French construction in Paris is illegal. The Palestinian demand that a future Palestinian state be ethnically cleansed of Jews is outrageous and the UN must condemn it instead of adopting it.” 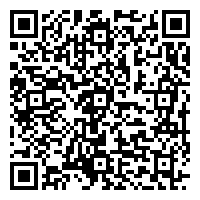