United Nations Secretary-General Ban Ki-moon opened an emergency meeting of the UN Security Council with a speech that scolded all member states, saying the humanitarian crisis in Syria “shames us all.”

The sluggish response of the international body and its inability to resolve the five year-long crisis that has left nearly half a million Syrians dead “should haunt every member of this Council,” he said. Ban finished off the tongue-lashing by saying, “We are at a make-or-break moment.”

New Zealand Prime Minister John Key, chairing the session in his final month as rotating president of the Security Council, also wasn’t gentle with his words, calling the Syrian civil war the “most devastating conflict of the 21st century” and saying the nation had become a “byword for failure.”

In particular, Key said, UN member states had failed “to put peace, and the lives of innocent people ahead of self-interest and zero-sum politics,” according to Stuff.

At the end of the day, he said, “Syrians must reach agreement on their future government. But at this point it is clear that Syrians by themselves cannot end this war.” He added that a UN resolution had already set out the required steps and established a timeline but that it had never been implemented.

“The next few days will be critical in restoring the cessation of hostilities and getting humanitarian aid flowing. We urge the Syrian parties to abide by the arrangement. This Council should unite to back those efforts… And it must provide more than just cosmetic change with regard to the central question of President [Bashar] Assad’s future.” 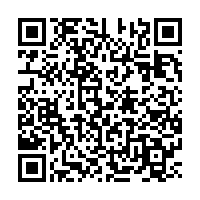