In a surprising turn of events, the director-general of UNESCO herself, Irina Bokova has blocked the approval of a collection of posters entered to the agency’s Memory of the World program.

The 1,700-poster collection passed its initial review by an advisory board, despite inclusion of numerous posters extolling the virtues of terrorism, suicide bombings and even one praising the 1978 coastal road massacre – known as the bloodiest terror attack in the history of the reborn State of Israel.


The International Memory of the World Register was created to preserve archival holdings of “world significance and outstanding universal value.”

An international advisory board reviews nominations, which then are sent to the director-general.

For the first time, however, Irina Bokova said she would reject the collection sent by “Palestine.”

“In my capacity of Director General of UNESCO, I will oppose any such proposal for inscription,” she wrote on December 23, 2014, to Helena Asamoah-Hassan, chair of the advisory board.

She explained that a number of the posters were “totally unacceptable and run counter to the values of UNESCO and its aspirations to build peace in the minds of men and women.”

A similar response was sent to the Palestinian Authority representative to UNESCO, Elias Sanbar. Inclusion of the collection in UNESCO’s Memory of the World, said Bokova, could promote “hate and anti-Semitism.”

The World Jewish Congress had also protested the nomination, and to its CEO, Robert Singer, Bokova replied, “Some of these posters are offensive. It is my conviction that UNESCO should not associate itself with such documents whose inscription could fuel hatred and anti-Semitic perceptions.”

Some of the posters featured the universal themes of struggling for liberation and peace; there were motifs with white doves and barbed wire, for instance.

But not all of the collection is about art and not all of it was generated by Palestinians, for that matter, despite a claim of “the Palestinian poster” by Dan Walsh, owner and curator of the Palestine Poster Project Archives.

“The significance for the genre is that it’s been recognized by an international body,” Walsh said last fall, while UNESCO’s advisory board was reviewing the collection. “Up until now, the Palestine poster has sort of existed in the shadows, it hasn’t really been legitmated. The artwork – the art of the Palestinian revolution, of the Palestinian liberation struggle – has not been legitimated in the West. It’s been considered anti-Semitic, or anti-Israeli, or patently unacceptable for mainstream consumption. I think this nomination has the potential to change that.”

The collection nominated for the program was described as having been created by Palestinian and international artists “in solidarity with the quest for Palestinian self-determination,” according to the UNESCO website.

The Liberation Graphics Collection of Palestine Posters that was submitted for inclusion to the program can be viewed here.

The vast majority of the collection is comprised of posters relating to hatred of Israel and Jews, and which glorify terrorism, murder and violence. Many include pictures of weapons and some depict scenes of Israel or Jews having been destroyed.

One interesting poster was that from an ad campaign rejected by the New York City Mass Transit Authority (MTA) in 2011, which was not created by a Palestinian at all. Nor was it specific to “Palestine.”

Paid for by the American Freedom Defense Initiative (Atlas Shrugged), the poster reads: “In any war between the civilized man and the savage, support the civilized man. Support Israel. Defeat Jihad.”

The MTA said at the time that its standards required it to reject ads that contained language that demean individuals or groups of individuals, citing Section 5.05(B)(11) of the MTA’s advertising standards handbook. 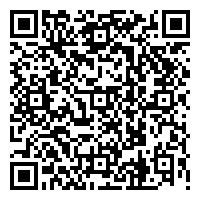