U.S. Secretary of State John Kerry spoke about U.S. Policy Towards the Middle East on Wednesday, Oct. 28 at the Carnegie Endowment for International Peace.

Kerry touched on many topics during his hour-long talk, including the Nuclear Iran Deal, ISIS, the war in Syria and, of course, the Arab-Israeli conflict.

Kerry claimed that ISIS – which is apparently now to be known in U.S. Diplo-talk as Daesh – arose out of the chaos during the early days of the Syrian Revolution, when poor, disillusioned Syrians were protesting in the streets because they just wanted jobs and a future.

“Having made peaceful change impossible, Assad made war inevitable,” Kerry said. And then Assad turned to Hezbollah for help, and then to Iran and Russia, and this exacerbated tensions between Sunni and Shiite communities, and this paved the way for Daesh.

Kerry made clear the U.S. is not pleased with Russia’s role so far in the conflict, because instead of fighting ISIS, Russian airstrikes have been targeting Assad’s enemies.

But Kerry is committed to a political solution to the crisis – he apparently sees ISIS and the Syrian conflict as the same battle – and believes there must and will be a political transition that sidelines Assad.

Kerry claims that all the participants in the conflict agree that “the status quo is untenable.” Sound familiar?

We all agree that we need to find a way to have a political solution, we all agree that a victory by Daesh or any other terrorist group absolutely has to be prevented. We all agree that it’s imperative to save the state of Syria, and the institutions on which it is built and to preserve a united and secular Syria.

Kerry called on the Russians to get with the program and allow a transition “that will unite the country and will enable this beleaguered country to rehabilitate itself, bring back its citizens, and live in peace.”

That’s all. Not asking much. Just stop the fighting, unite the country, have free and fair elections, and all will be good.

SYRIA MUST BE UNITED; ISRAEL MUST BE DIVIDED

In contrast to Kerry’s insistence that Syria – a factionalized country with various warring ethnic groups none of which want to be controlled by the other – be united, Kerry’s diktat for Israel is the opposite.

Although Israel has gained territory repeatedly as the result of wars waged against it by belligerent outsiders, and which since the fall of the Ottoman Empire has never been ruled by any other nations, the U.S. demands that Israel must be divided.

And Kerry continued to insist that the status quo must be maintained on the Temple Mount – a status quo which prevents Jews from moving their lips lest they be deemed praying – but the status quo in which Israel does its best to defend its citizens must be terminated.

When not pointedly referring to Har Habayit, Kerry insisted that “the current situation is simply not sustainable. President Obama has said it publicly many times, I’ve said it publicly and it is absolutely vital for Israel to take steps that empower Palestinian leaders to improve economic opportunities and the quality of life for their people on a day to day basis.”

Really? Israel has to empower the leaders of the terrorists so that economic opportunities and their quality of life is improved? The PA, one of the single largest recipients of international aid ever? 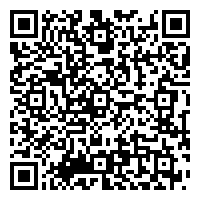