The State of Israel owes an eternal debt to Eliahu ben Shaul Cohen — one of the greatest spies who ever served in the Mossad and whose yarzheit is this month. He was the Egyptian-born son of a Syrian Jew from Aleppo, who eventually made his way to Israel — and then back to Syria to penetrate the highest ranks of its political establishment.

How did he ever manage to penetrate those close-knit Syrian echelons?

Born December 26, 1924, Cohen grew up in Egypt as part of an Orthodox Jewish and Zionist family. Although he tried to enlist in the Egyptian army in 1947, he was turned away – his loyalty questioned due to his faith.

After Israel’s declaration of independence in 1948 and Nasser’s military coup in 1951, the ancient Jewish community in Egypt began finally to see the writing on the wall. Many had already left in 1948, setting out for the fledgling Jewish State of Israel; some went also to Europe, Canada and the United States.

Cohen’s family went to Israel – but he stayed in Egypt, wanting to finish a degree in electronics and hoping things would improve. He became increasingly involved in Zionist activities, however, and eventually was pressured by Egyptian authorities into leaving. He moved to Israel with the help of the Jewish Agency.

Soon after he met his wife, Iraqi Jewish immigrant Nadia Majald, and the two married in a Sephardic ceremony in Tel Aviv. They eventually had three children. Nadia had no idea that her husband had been recruited by the Mossad.

Cohen went through a six-month training course that mashed together Muslim religion and culture, map reading, radio broadcasting and cryptography – necessary for sending encoded messages to dispatchers in Israel, according to a 2013 article in Commentary Magazine. He was also rehearsed in changing his Egyptian Arabic and its accent to that of Syria, which is quite different, and tutored in a new, completely different identity and background.

Now, Eli Cohen was a young man born in Beirut to Syrian-born parents, in a family that emigrated to Alexandria when he was age 3…” He was to be known by the name of Kamel Amin Tha’abet, and join the Syrian-Argentine community to learn the textile trade before relocating to Syria.

He moved up the political ladder, was known as a loyal Ba’ath party member, and passed valuable information on that would help Israel during the 1967 Six Day War.

But he finally was caught in 1965 by the Syrians one day while broadcasting an “illegal” message to the Israelis. In a military trial he was granted to legal defense, and on May 8, 1965 was declared guilty and sentenced to death by hanging. No amount of international furor or appeals, including those led by Israeli Prime Minister Golda Meir, changed the verdict. He was executed at age 40 on May 18, 1965.

The condemned spy was allowed to meet with the local Damascus rabbi to recite vidui (confession) and write one letter prior to his execution.

In that letter, addressed to his wife Nadia and his parents asked that they remain in contact and with good relations. He asked forgiveness from his wife and gave her permission to remarry so the children would have a father. He also begged her “not to spend your time weeping about something in the past.”

As with many Sephardic Jewish widows, Nadia never remarried.

She has spent the remainder of her life advocating for the return of her husband’s body. A senior Syrian official said a number of years ago that there is, in fact, no grave for Cohen. She does not believe it. 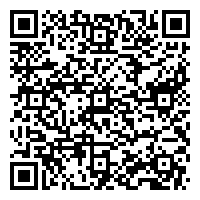