Just in case you were among those who regarded last Thursday’s White House announcement about Israeli settlements as an attack on the settlements enterprise, Friday’s press briefing by Press Secretary Sean Spicer cleared up this matter thoroughly.

Fox News’ John Roberts asked: “Sean, your statement last night on settlements in Israel – has there been a shift in US policy? While you said that you didn’t think that they were helpful to achieving peace, you also didn’t think that they were an impediment to peace, which would represent a departure from both Obama and Bush. And there was no reaffirmation of a two-state solution in that statement. So where are you on that?”

To which Spicer responded: “The President is committed to peace. That’s his goal. And I think when the President and Prime Minister Netanyahu meet here on the 15th [of February], that will obviously be the topic on that. At the end of the day, the goal is peace. And I think that’s what you have to keep in mind. I think that is going to be a subject that they discuss when they meet on the 15th, and that’s as far as I want to go on that.”

Roberts: “Sean, back to the settlement thing. What is your position on settlements in terms of whether or not they – I mean, you said that they were not an impediment to peace, but you also don’t want them building new ones.”

Spicer: “I mean, I think the statement is very clear about that. We don’t believe that the existence of current settlements is an impediment to peace, but I think the construction or expansion of existing settlements beyond the current borders is not going to be helpful moving forward.”

And not one word, once again, from the White House Spokesman, about any “two-state solution,” thank you very much. 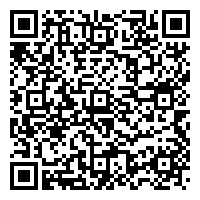