The World Vision international humanitarian non-governmental organization (NGO) has laid off 120 Gaza employees and cancelled its project in the region after the head of its Gaza office was indicted by Israel for redirecting project funds into the coffers of the military wing of the Hamas terrorist organization.

The contracts of the NGO’s Gaza employees were cancelled, according to an employee quoted over the weekend by UK-based newspaper The Guardian, in a report confirmed by World Vision. The NGO had rushed to cancel the project just days after Mohammed El-Halabi was indicted.


World Vision’s eastern Jerusalem office had released a statement on Friday, July 29, passionately defending El-Halabi as a “widely respected and well-regarded humanitarian, field manager and trusted colleague of over a decade. He has displayed compassionate leadership on behalf of the children and communities of Gaza through difficult and challenging times, and has always worked diligently and professionally in fulfilling his duties.”

Less than two weeks later, however, “They informed 120 employees from World Vision in Gaza they were officially cancelling their contracts and stopping all their projects in the enclave,” the employee said. “The head of the NGO in Palestine and a number of foreign staff met on August 9 with Palestinian employees in the Gaza office and gave them documents to sign, which they did.” The employee added that the NGO had promised to take the staff back ‘once the crisis was resolved.’

El-Halabi was arrested on June 15, 20165 at the Erez crossing between Israel and Gaza. He was indicted in Israel on August 4, 2016 on charges of infiltrating the charity on behalf of Hamas, and having redirected some $43 million of World Vision funds to the military wing of the terror organization over a six-year period.

According to the indictment and subsequent media reports, the funds were instead used to build Hamas terrorist tunnels and military installations, as well as for other terrorist activities.

World Vision International (WVI) argued the Israeli-quoted figure was inaccurate, saying the budget for Gaza operations was smaller than the amount claimed by the Shin Bet.

But according to watchdog organization NGO Monitor, it’s not that simple and in fact, the World Vision International (WVI) umbrella organization also has some structural difficulties to work out.

There is the Israeli World Vision division, founded in 1988, and with $16.3 million in revenue in 2014, received solely from local donations and from WVI.

And then there is World Vision’s Jerusalem-West Bank-Gaza office (JWG), which allegedly had a “cumulative operating budget in Gaza for the past ten years … approximately $22.5 million” , according to the WVI office. The group’s income from 2004-2015 was reportedly $133 million, according to the NGO Monitor.

But the watchdog agency – headed by Prof. Gerald Steinberg, professor of political studies at Bar Ilan University – says the numbers don’t match, and it’s not clear how the money was really spent. Take a look.

Moreover, the relationship between the three different groups isn’t clear and so it’s also impossible to tell which money went where, who sent it, why and how.

World Vision International (WVI), the Mother Ship, should be able to keep it all organized and offer a clear, complete breakdown of the numbers — but apparently has been unable to do so thus far. 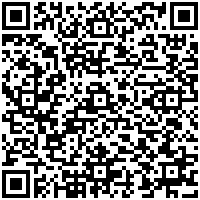