The British organization of orthodox communities has scolded a London orthodox synagogue for allowing women to hold and pass around a Torah scroll in the women’s section during prayers on Shabbat.

The incident has caused far less sensation than the more extreme and public campaign of the so-called Women of the Wall, a group of approximately 100 women who for years have campaigned to claim that “equality” means they can not only hold a Torah Scroll but also can read it at the Western Wall, adjacent to the Judaism’s holiest site, the Temple Mount, and in violation of the desires of most daily worshippers there.


Men, unlike women, have an obligation to pray in a minyan with at least nine other men and to hear the Torah scroll being read on Mondays, Thursday, holidays, Shabbat and holidays.

Women’s involvement in public prayer has become more pronounced in recent years, and orthodox Jewish “women’s only” minyans are not uncommon in the United States.

In almost all orthodox synagogues, the Torah scroll is taken out of the ark for reading and is carried through the men’s section, although women in many synagogues are able to touch it as it passes their sections.

The Golders Green United Synagogue has now allowed it to be handed over to a woman, who then passes it around the women’s section until it is returned for reading or to the ark.

Rabbis could raise the issue of Jewish law that perhaps a man cannot touch a Torah scroll that has been handled by a woman who is not ritually clean because of her menstrual period, but the overwhelming issue is the traditional separation of sexes and involvement in prayers as a matter of modesty. The fear is that once one traditional barrier is broken, all of the barriers will be battered down.

Professor Benny Chain, chairman of Golders Green United Synagogue, said, “People have said what an emotional experience it is and that they feel much more involved in the service,” the London Jewish Chronicle reported.

Rabbi Ephraim Padwa, head of the rabbinate of the Union of Orthodox Hebrew Congregations, condemned the practice as “Reform-influenced,” explaining that women handling the Torah and “breaches of this nature” come “from the influence of the Reform.”

The issue in the Diaspora usually arises during Simchat Torah, following the holiday of Sukkot. Women in American communities in Israel and others in the United States hold their own minyan for the holiday, read from the Torah scrolls and dance with them, as men have done for centuries.

The most outstanding aspect of the event of women holding a Torah scroll in the Golders Green synagogue is that is has not captured attention among the anti-Orthodox crowd and media elsewhere.

The New York Times took it on itself this year to sponsor the Women of the Wall campaign on its pages, inciting the American Jewish community to fury over the very idea of women not having the “right” to disturb centuries of tradition  at the Western Wall, all in the name of democracy and not Judaism.

Unlike the Women of the Wall, the carrying of the Torah scroll by women in an orthodox synagogue is not a political campaign and is far more of a challenge to orthodox Jewry in the Diaspora. It raises a far more serious challenge to Orthodox rabbis throughout the world.

In Israel, where most Jews are “secular” but observe many Jewish laws and are generally respectful of tradition, “women’s rights” is of far less interest, The New York Times and the Women of the Wall notwithstanding. 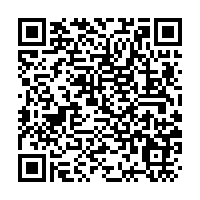