The Cabinet has approved a draft of a change in the Basic Law to require a referendum before giving up sovereign Israeli territory to the Palestinian Authority, but it has delayed for more than two hours a vote on freeing terrorists. Sovereign land refers to United Jerusalem and the Golan Heights, all of which have been legally annexed to Israel, but it does not include Judea and Samaria.

Prime Minister Binyamin Netanyahu is confronted with massive and bitter opposition to freeing 104 terrorists, including Arabs with Israeli citizenship, to fulfill a condition of Palestinian Authority  chairman Mahmoud Abbas for renewing direct  talks.


The Prime Minister is scrambling for a majority, and the major sticking point is the idea of Abbas’ demanding that Israel free Arabs who are Israeli citizens.

Prime Minister Netanyahu packed the Cabinet to win a majority by adding Yesh Atid Minister of Science and Technology Yaakov Peri  to the inner cabinet committee that will vote on freeing the terrorists.

Likud ministers are divided, but the party’s Defense Minister Moshe Ya’alon caved into pressure and said he will back the release of the Palestiniain Arab terrorists but not those with Israeli citizenship.

Jewish Home’s three ministers said they will vote against Netanyahu, as will Likud Minister Israel Katz and Gilad Erdan. The clincher could rest with the Likud’s Israel Beiteinu faction, whose leader Avigdor Liberman has given them the freedom to vote as they please. At least two minsters are expected to oppose freeing more terrorists.

The Prime Minister is expected to win a small majority, but if the Cabinet insists on keeping Arabs with Israeli citizenship off the list, it could torpedo  U.S. Secretary of State John Kerry’s grand design for the resumption of direct talks on Tuesday.

Palestinian Authority officials have said they want “all or nothing.”

Opposition among the Israeli public and even left-wing media is rampant. Netanyahu understood he would meet stiff opposition, and on Saturday night, he took the unusual step of writing an open letter to the Israeli public.

He admitted that freeing the terrorists contradicts the value of justice but nevertheless said it was good for the country to do so.

At the opening of Sunday’s Cabinet meeting, the Prime Minister continued to try to convince ministers to back him. “I believe that renewing the diplomatic process is important for Israel, both in order to bring an end to the conflict and in light of the complex realities in our region, primarily the security challenges from Iran and Syria,” he said.

Naftali Bennett, Jewish Home chairman and Minister of Economy, joined a Sunday morning protest against freeing the terrorists, many of whom murdered  elderly people and young children.

Yair Lapid, Finance Minister and chairman of the Yesh Atid party, reflected the view of those who are disgusted at the idea of releasing more terrorists but still hold out the hope against hope that it will help the cause of peace.

“These people should rot in prison all of their lives, but we need to do what is possible in order to start the peace process,” Lapid said.

One question remains unanswered: Why has Netanyahu broken his promises and stated policy – again?

He said direct talks must resume without any pre-conditions.

Maybe is gaining a promise from the Obama administration to take harsher action against Iran, or perhaps he is winning American agreement that the “red line” for acting against Iran is about to pass.

The U.S. government, like Netanyahu, have made lots of promises in the past. 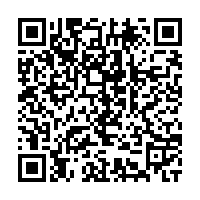