Rashida Talib is running unopposed for a Congressional seat in the state of Michigan, and as such has drawn our attention when she told The Washington Post recently regarding the Israel-PA conflict: “We need to be honest about the dehumanization on both sides, frankly, and more importantly, we need to be not choosing a side.” We wrote that while Talib is not likely to sing Hatikvah any time soon, she would be much closer to the Democratic party’s consensus on Israel, which is not a small feat considering other Muslim members of the DNC.

The candidate drew the attention of J Street as well, and, according to a filing with the Federal Election Commission, the Rashida Tlaib for Congress committee had received $3,000 from JStreetPAC. But last Friday, J Street withdrew its support for Tlaib, the daughter of Palestinian immigrants, a move the group explained in a statement: “After closely consulting with Rashida Tlaib’s campaign to clarify her most current views on various aspects of the Israeli-Palestinian conflict, we have come to the unfortunate conclusion that a significant divergence in perspectives requires JStreetPAC to withdraw our endorsement of her candidacy.


“While we have long championed the value of a wide range of voices in the discussion of the conflict and related issues, we cannot endorse candidates who come to the conclusion that they can no longer publicly express unequivocal support for a two-state solution and other core principles to which our organization is dedicated,” the J Street statement concluded.

Talib told In These Times she strongly supported the BDS activists. And she rejected the two-state solution: “One state. It has to be one state. Separate but equal does not work. This whole idea of a two-state solution, it doesn’t work.”

In an interview with Channel 4 News in the UK if she would vote against US military aid to Israel, Talib answered: “Absolutely, if it has something to do with inequality and not access to people having justice.” She explained: “US aid should be leveraged. If you’re going to be a country that discriminates against somebody solely based on their faith, solely based on their skin color … to me, that doesn’t fit our value of our country.”

It should be noted that the 1978 Camp David Accord, signed by the US alongside Israel and Egypt, includes an American commitment to several billion dollars worth of annual subsidies to the governments of both Israel and Egypt, subsidies which continue to this day, and come as a mixture of grants and aid packages committed to purchasing US materiel. Among other things, the military aid package has served as compensation for the fact that Israel gave up territory more than thrice its size, which radically altered its military strategy and training.

Using this aid to “leverage” Israel would constitute an American withdrawal from the Camp David understandings and would potentially introduce instability in the Middle East. It would also gravely harm US industry, which is the biggest benefactor of the aid package.

Talib posted on Facebook: “I need you all to remember who I am. Please. The media bliss will go away, and it will just be you and I again, fighting for human rights. Being questioned by the people who have known me for years makes me tear up. It is about the issue of my beloved Falastine (Palestine) where my passion for justice was birthed. I have seen what our community has done to others that find themselves in a place of power or leadership (or whatever it is called). InshAllah my actions will regain their belief in me. #FreePalestine.”

Fooled us once, shame on us. There won’t be a second fooling. 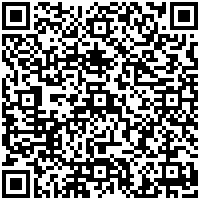