This story has a background which reveals a relationship of mistrust between the Yesha Council, an umbrella organization of municipal councils of Jewish settlements in Judea and Samaria, and Defense Minister Benny Gantz. On Wednesday morning, Yesha Council Head David Elhayani met with Gantz to discuss plans for future settlement construction. Elhayani came out of the meeting deeply frustrated, and reported that he couldn’t get any commitment from Gantz on the issue.

Clearly, Gantz has positioned himself as the Biden administration’s man in Israel’s government, current and the future, and as such he is more than willing to freeze Jewish settlement construction as per the demand of the White House.


Gush Etzion Regional Council Head Shlomo Ne’eman issued a harsh attack against Defense Minister Benny Gantz (Blue&White), saying he has “made a deal with the Biden administration to freeze construction in Judea and Samaria and is already implementing the move in practice.”

Ne’eman suggested in a statement he released on Wednesday that “this move crosses one of the strongest red lines amongst the national camp.” According to him, “For the past five months, the Council of Higher Planning has not met to discuss construction plans in Judea and Samaria. It is Defense Minister Benny Gantz who is preventing the committee from holding a meeting.”

Ne’eman added: “Over the past several weeks the authorities in Judea and Samaria along with Yesha Council made a humble appeal to Defense Minister and Deputy Prime Minister Gantz to hold a ‘small’ committee meeting, not for major planning but in order to deal with small changes to existing master plans. However, our request was completely rejected by Benny Gantz.”

With a nod to the hectic coalition forming maneuvers going on ahead of the Wednesday night deadline, Ne’eman attacked Gantz, who stands to continue at his job as Defense Minister in the Lapid-Bennett coalition government: “The same Benny Gantz who frequently accuses Netanyahu of deceitful politics is pursuing an independent policy without the prime minister’s knowledge. It turns out that Gantz agreed to a construction freeze with the Biden Administration, even though the new government hasn’t even been formed.”

But it should be noted that only last August, Yesha Council attacked Prime Minister Benjamin Netanyahu for freezing settlement construction. They were complaining that a scheduled meeting of the Supreme Planning Conference (Mata) – first since February 2020 – had been canceled, despite Netanyahu’s explicit promise that it would convene every three months.

Ynet reported at the time that “in recent weeks, the Mata meeting has been postponed several times, apparently on Netanyahu’s orders, creating a de facto planning freeze in all of Judea and Samaria. This is in addition to the abolition of the application of sovereignty in Judea, Samaria, and the Jordan Valley.” To remind you, the promise of sovereignty was a key part of Netanyahu’s last election campaign, aimed at attracting the potential Yamina party voters. Needless to say, that promise went the way of Netanyahu’s Chametz last Passover (yes, it became like the dust of the earth).

Ne’eman then attacked Yamina chairman Naftali Bennett and New Hope chairman Gideon Sa’ar, saying: “Naftali Bennett and Gideon Sa’ar, did you think you would run the country? You promised to adhere to ideological red lines of the national camp in the government that is currently being formed. Just know that your defense minister thinks differently and is acting differently. Benny Gantz claims—behind closed doors—that he, and only he will be at the head of the political echelons when it comes to what happens in Judea and Samaria. Gantz has already made a deal with the administration in Washington behind the back of the prime minister to implement an Obama-style freeze, which at the time was unprecedented.”

At which point we should interrupt the flow to point out that if, as Ne’eman puts it, Gantz has been quite able to do his evil deeds under PM Netanyahu, perhaps Prime Minister Bennett would do better? After all, according to Ne’eman, Gantz said that “neither Bennett nor anyone else will be the liaison with the Americans on construction in Judea and Samaria, only I will decide on policy there.”

Ne’eman in fact suggested that Netanyahu has failed to curb his renegade defense minister while telling Bennet and Sa’ar: “You are forming a government that is slated to abuse the Judea and Samaria enterprise, including half a million Israelis living there! You were wrong! But it’s not too late to fix it. Stand at the head of your camp, the national camp. Stand by your principles for the next four and a half years. It is completely in your hands if you still believe in those principles, of course.” 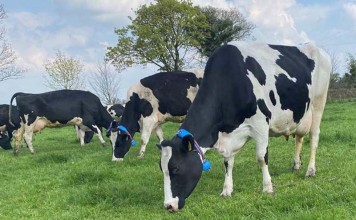 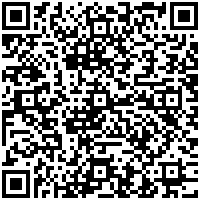