Hamas is uniting with Hezbollah under the Iranian banner in Lebanon, according to a report by Israel’s domestic intelligence agency to Israel’s cabinet on Sunday.

Israel Security Agency (Shin Bet) director Nadav Argaman told cabinet ministers that Hamas is setting up a base across Israel’s northern border with assistance from Iran.


Argaman said Hamas has “continued to invest considerable resources in preparation for a future conflict even at the cost of its citizens’ well-being,” and now, three years after the last round of fighting, he said, Gaza’s rulers are “ready for a [new] conflict with Israel.”

That having been said, the Shin Bet managed to block 70 attacks in July and August alone, said Argaman. Since January, the agency has stopped a total of 200 attacks. “Despite the relative calm, the security situation in [Judea and Samaria] is fragile, and it is characterized by high sensitivity to events of a religious nature and frequent reoccurrence of terror attacks,” he said, adding that Hamas has been involved in most of those attacks.

“Hamas, under instructions from the movement’s headquarters in the Gaza Strip and abroad, is continuing to lead the effort to launch terror attacks in Judea and Samaria, with the aim of undermining stability in these areas,” Argaman noted. “In the past year, Hamas has employed dozens of inter-regional coordinators to promote relentless attacks against Israel’s home front, originating from Judea and Samaria.”

Iran is the largest patron of Hamas, “financially and militarily” of the Izz a-Din al-Qassam military wing, according to Yahyah Sinwar, the newly elected Gaza leader, who said that with the help of Tehran, his group is preparing to “liberate Palestine.”

Al-Arouri was based in Turkey but moved to Qatar after Operation Protective Edge in 2014, ignited by the terror attack he masterminded – the abduction and murder of three Israeli teens in Gush Etzion. He was asked to leave Qatar in June after pressure from fellow Arab nations.

Iran has reportedly built at least two underground missile factories in Lebanon for Hezbollah, where other weaponry is also manufactured as well. Similar facilities are being established in Syria and Yemen. 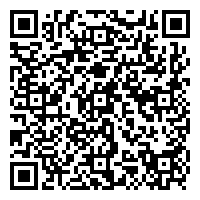