A general strike was observed in the Gaza Strip in the Palestinian Authority on Tuesday in protest of the convening of a US-sponsored economic “workshop’ in Manama, Bahrain, WAFA reported, noting that the protesters in Judea and Samaria “are preparing for clashes with Israeli soldiers at the checkpoints around the cities.”

According to Ma’an, the protest activities are orchestrated by the Gaza and PA governments and will continue in coordination and partnership with national action groups and trade unions through Wednesday.


According to the White House, the Bahrain conference “will facilitate discussions on an ambitious, achievable vision and framework for a prosperous future for the Palestinian people and the region.”

Israel and the PA were not invited to attend the two-day international meeting, led by Trump’s son-in-law Jared Kushner, who will lay out the full blueprint to resolve the conflict between Israel and the Arabs in the 1967-liberated territories.

In Bethlehem, the protesters rallied at the Nissan roundabout in the city center, waving banners denouncing the Bahrain meeting and burning pictures of President Trump.

Thousands marched out in a mass rally in Shechem, where demonstrators burned Israeli flags and a puppet of President Trump, to express their anger at the deal. They raised slogans saying “Palestine is not for sale” and “Jerusalem is not for sale.”

Jihad Ramadan, secretary of the Fatah movement in Shechem, said the various PLO factions which are “the legitimate and sole representatives of the Palestinian people, came today to say that the Trump deal and the Bahrain workshop did not and will not pass, no matter how they tried to deceive the world.”

In Hebron, the PA organized a sit-in at the Ibn Rushd roundabout. Several speakers stressed that their burning issues are not financial or economic, and that “the Palestinian people will not relinquish their full rights to return and establish a Palestinian state with Jerusalem as its capital.”

Try shopping at the grocery store with those…

A march was held in the center of the city of Jericho, attended by Dr. Saeb Erekat, Secretary of the Executive Committee of the Palestine Liberation Organization, Jihad Abu al-Asal, Governor of Jericho, and Al-Aghwar, Issa Jalaita, member of the Central Committee of the Struggle Front, as well as Salem Groff, Mayor of Jericho. They all stressed that Jericho will remain behind the legitimate leadership of the PLO, and predicted that the Bahrain workshop would fall like all the past conspiracies against them.

In Gaza, shops were shuttered, and the finance ministry declared a bank holiday. Most Gaza universities suspended administrative and academic activities. Government ministries, including the courts, have also been shut
.
The fishermen’s union decided to strike and announced the suspension of work from dawn until 6 PM.

They should check for the new fishing zone limits when they go back to work, seeing as the IDF has changed those about 20 times over the past month.

The Supreme Commission for Return and Breaking the Siege called on the masses to participate in simultaneous events coinciding with the strike, most notably the mass conference to be held at the Rashad Shawa Cultural Center on Saturday night.

Bring your own beer? Probably not. 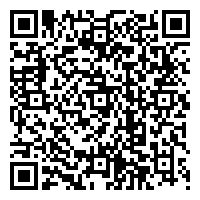