The Western Wall must be given to Muslims, and remain solely under Islamic sovereignty, said Palestinian Authority senior religious affairs adviser Mahmoud Habash on Friday during a sermon, the same Muslim cleric who said that if the U.S. moves its embassy to Jerusalem, it is “a declaration of war on all Muslims.”


“It is an Islamic endowment that is absolutely forbidden to be under the sovereignty of anyone other than Muslims,” Habash told worshipers, according to a report by The Jerusalem Post. “It is our property and our inheritance. It is impossible to concede even a millimeter of it.”

Muslims believe the founder of the Islamic faith, Prophet Muhammad tied his winged steed, Al-Buraq, to the Western Wall while stopping to pray on the grounds of the Temple Mount at the site where the Al Aqsa mosque would later be built. Muslims believe this took place at around 637 CE, during Muhammad’s night journey from Mecca to Jerusalem and the various heavens, where he met the earlier prophets and then Allah (God) before returning on Al-Buraq to Mecca. The Al Aqsa Mosque was not built until around 670 CE. It was destroyed and rebuilt several times, until the current mosque was built until 1035 CE, and remained standing to this day.

Habash made the statement just a week after a somewhat different statement by Jibril (Gabriel in Arabic) Rajoub, a senior Fatah official in the Palestinian Authority.

Rajoub told Israel’s Channel 2 television program, “Meet the Press” a little over a week ago, “We understand that the wall he [U.S. President Donald Trump] visited is sacred to the Jew and ultimately it has to remain under Jewish sovereignty. There is no argument over this. Obviously, it’s a holy place for Jews.”

He added, however, that the Temple Mount is a different matter entirely. “The Temple Mount is ours, not yours, and I think you should stop talking as if it’s yours,” he said. “That’s the status quo since 1967, as established by [Israeli Defense Minister] Moshe Dayan, and we both have to strive for that. If you want to create an explosion just say ‘it’s ours, it’s ours,’ “ he added.

Rajoub was not talking about Israeli sovereignty, or even Jewish legal rule. He was talking about Jewish administration of the site under Palestinian Authority rule, but even that was too much for his fellow Arabs.

The Western Wall is the sole remaining remnant of the retaining wall surrounding the site of the Second and First Jewish Holy Temples. It is one of the holiest sites in the Jewish faith. The Temple Mount is at best the third holiest site in Islam.

A review of the past sermons by Habash, documented on the Palestinian Media Watch website, make it clear that his position is not new.

Habash contends that citizens of the Palestinian Authority are in a “Ribat” – an eternal religious conflict – with Israel, underlining it as a religious duty incumbent upon all Muslim citizens. He has also used his position to call on Imams and Christian clergy in the Palestinian Authority to preach about the dangers of transferring the U.S. Embassy from Tel Aviv to Jerusalem. (Source: Official PA daily, Al-Hayat Al-Jadida, Jan. 13, 2017) 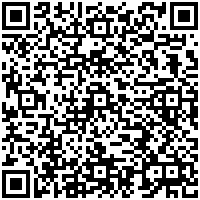