What are the properties of Jewish festivals (i. e. the pilgrim festivals known in Hebrew as the shalosh regalim)? If we look only at Pesach and Sukkot, the structure (both consist of opening and closing holidays separated by five or six intermediate semi-festive days of chol ha-moed) timing (both begin in the middle of one of the two “first” months of the year) and theme (both celebrate different aspects of the exodus from Egypt) are highly similar.

Still, there is one glaring difference between the two festivals – their last days. Shemini Atzeret, the last day of Sukkot is not really a part of the latter. It can be described as actually coming after the end of Sukkot. In contrast to this, Pesach lacks a separate holiday after its conclusion. But paradoxically it may precisely be this difference that will show how the structure of both holidays is essentially identical, and how Shavuot ultimately fits in as well.

Ramban (Vayikra 23:36) draws a comparison between Shavuot and Shemini Atzeret by explaining that Shavuot serves the same function for Pesach as Shemini Atzeret does for Sukkot. Thus, both Pesach and Sukkot are seven days long, with a semi-independent eighth day holiday that culminates the main one. (Ramban further notes that Shavuot is always referred to as Atzeret in rabbinic literature.) Based on this approach, Ramban makes the assertion that the days of sefirat ha-omer are really a type of chol ha-moed.

The skeptic may wonder how we can say that the structure of Pesach and Sukkot are really identical, since it forces us to give Pesach almost seven weeks of chol ha-moed! In fact, this difference has little to do with the structure of the Jewish holidays per se, but rather with the distinction between the two holidays’ seasons more generally.

In Tishrei, Jews are expected to have already been working hard to bring God into their lives before the day of judgment, Rosh HaShanah. This work intensifies as we prepare for Yom Kippur. By the time Sukkot comes around, there is hopefully very little need for more work. Indeed, Sukkot is called zeman simchateinu, the time of our joy, a term which expressly connotes a lack of struggle and toil. The Jewish people is able to bask in the memory of God’s closeness when He took them out of Egypt. Hence the last day, Shemini Atzeret, comes automatically and effortlessly as a day to internalize the religious meaning of the events of Elul and Tishrei.

In Nissan, the Jews relive a delivery that could not have been preceded with adequate spiritual preparation. As the angels reminded God at the splitting of the Reed Sea, the Jews were not deserving of His salvation. We relive Pesach in the same way – there is no institutionalized spiritual preparation for Pesach. Thus, the overwhelming power of retelling the events of Pesach jolts us onto a high plane of spirituality that we cannot truly be ready to internalize on Pesach night. In this respect, it is interesting to note that the Torah reading of the last day of Pesach doesn’t end where we would expect, with the joyful songs of the Jewish men and women who had just experienced their greatest level of national prophecy ever. Rather, it ends anticlimactically with the Jews complaining about not having water to drink. The Jews were not ready to internalize the message of Pesach on the seventh day and we too are not able to culminate Pesach on the eighth day from Seder night.

We require time and effort to internalize the message of Pesach before we can be ready to go back to our regular lives with the enhanced spirituality that is characteristically engendered by Jewish holidays. It is for this reason that we are given sefirat ha-omer, days that accentuate the preparation necessary for the eighth day of Pesach – which actually comes only at Shavuot. It is also perhaps for this reason that the Talmud (Rosh Hashanah 11a) curiously identifies Nissan and Iyar as a single entity.

It is due to semi-prophetic Jewish intuition that the counting of the days between Pesach and Shavuot has become a very spiritually charged time, far beyond what is prescribed in the Torah. Jews have understood that as opposed to Shemini Atzeret, Shavuot is a day we have to prepare for. Not because Shavuot is holier than Shemini Atzeret (it is interesting to note that the superimposition of Simchat Torah on Shemini Atzeret reinforces the comparison of the two days on a thematic level as well), but because Pesach manifests itself differently from Sukkot.

Indeed, there are two beginnings of the Jewish year, one in Tishrei and one in Nissan. These two beginnings reflect different stages in the natural cycle. In the spring, plants come out from the lifelessness of winter and quickly blossom. Nonetheless, it takes time for these blossoms to develop into fruit that will only be offered as bikkurim on Shavuot. In Tishrei, however, crops are mature and can be reaped to provide sustenance for the rest of the year. What is true of the classical vegetation of the land of Israel is true of the people of Israel as well. Nissan is a beginning that erupts dramatically, revealing God to the young immature Jewish nation. The Jews develop and grow, so as to present the first fruits of their connection to God on Shavuot. At Tishrei, the mature, God-aware Jewish nation presents its true fruits to God in thanksgiving and bliss. At that time, the

Jews are able to feel the tremendous joy and harmony that flows naturally from Sukkot into Shemini Atzeret.

The matter at hand is to appreciate that Pesach is not meant to end on the seventh day, but only at Shavuot. With that in mind, we need to work harder to accept Ramban’s charge of making the days of sefirat ha-omer into days akin to chol ha-moed – days of religious intensity. 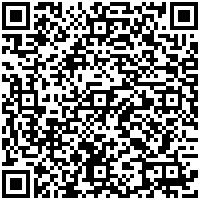