A Palestinian Authority family filed a lawsuit with the High Court of Justice on Sunday, demanding the State of Israel force the removal of 15 Jewish families from Beit Machpela in Hebron.

The three-story apartment building is at the center of a controversy over who owns the structure. The IDF and the state have until Wednesday to respond to the petition.

The 15 families, all from Hebron, moved into the building on July 25, five years after notifying the State of Israel of their purchase of the building located across the parking lot from the ancient Biblical Cave of the Patriarchs. The area is under Israeli civil and military control.

The Civil Administration for Judea and Samaria for some reason held up the registration of the property in their name, and did not complete the authentication of the sale, despite the fact that the families submitted documentation attesting to the purchase of the property.

The sale was carried out by a third party, which is often the case with property in cities like Hebron, in order to prevent the murder of Arab property owners who want to sell: it is a capital crime punishable by death to sell one’s property to a Jew in the Palestinian Authority.

Members of the Abu Rajab family contested the sale – after it was made public – retaining attorney Samer Shadadeh who argued in his petition that the failure of the IDF to remove the families from the building is a breach of law.

There is a legal prohibition from using or living in the structure until the sale is authenticated and all legal procedures are concluded, Shadadeh contends.

However, attorney Doron Nir Zvi, who is representing the families, says there was no reason to delay entry to the building by the families, inasmuch as the Defense Ministry had already cleared their right to purchase the property.

There may also be a review of the transaction (1) because the property was inherited by several family members, and (2) there allegedly is a question about the authorization of the person who made the sale.

The IDF military arbitration court has in the meantime ordered the Civil Administration to carry out a thorough review of the residents’ application to register the purchase of the property. 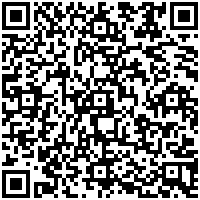