A young Israeli Ethiopian police officer who in some areas of the United States might not even be old enough to buy a beer, was laid to rest on Tuesday.


Gaviriya was posthumously promoted to staff sergeant. He had joined the Border Guard Police for his mandatory national service, according to a statement by Israel Police, and recent was serving to protect the Jerusalem “seam areas.”

The young officer was wounded in a stabbing attack in October 2016 near Mevasseret Tzion, sustaining injuries in the neck. Nevertheless he demanded to return to his unit, Baruch Bugla, one of the leaders of the community told Ynet.

An apt pupil who was said to have had a “huge heart,” brother to a sister who also serves as a soldier, Gaviriya was his parents’ first-born child. He is survived by his parents and three siblings. He was laid to rest Tuesday afternoon in his community’s cemetery in Be’er Yaacov.

Some 2,000 people gathered at the cemetery, including many from the Israeli Ethiopian community; a leader from the community in Be’er Yaakov opened the proceedings with a brief eulogy in Amharic.

Two family members reportedly fainted during the funeral and required medical treatment due to the intensity of the emotions of the day.

Alsheikh told those gathered to grieve with his family, “Our officers are on the front lines, and over and over again put themselves in the line of fire in order to protect the people of Israel.

“The actions of the brave Border Guard Police officers – Solomon at the front – prevented an even worse tragedy” Tuesday morning during the attack at Har Adar,” he said.

“In recent years it has been our best officers who were those killed in the line of duty,” Alsheikh continued, “and you, Solomon, as I have heard from your commanders and comrades, were one of them.

“You saw your work as a mission and you were motivated in everything you did, and spread that sense of commitment to those who served with you.

“To the Gaviriya family, you are an inseparable part of the Border Guard Police family. We reach out our open arms to you today, and grieve together with you.

“The Israel Police today lowers its flag in your memory, Solomon, and pledges to continue your work. 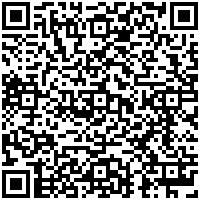