According to WAFA, on Monday morning, Israeli authorities demolished all the tents and structures in the Bedouin village of Al-Araqeeb in the Negev, some 10 km north of Beer Sheva – for the 210th consecutive time. The fact is, the demolition and rebuilding of this illegal Bedouin settlement have been such a constant, no one in Israel’s media paid attention.

Is this the shape of things to come under the new Netanyahu government with Itamar Ben Gvir and Bezalel Smotrich setting the tone? Was the umpteenth expulsion of Al-Araqeeb’s illegal squatter done in preparation for expelling the Bedouins in the Khan al-Ahmar illegal settlement between Ma’ale Adumim and the outskirts of Jerusalem? Are the police champing at the bit in anticipation of the arrival of National Security Minister Itamar Ben Gvir? Outgoing Internal Security Minister Omer Barlev (Labor) said as much during a Meet the Press interview on News12 Saturday night. He said the cops were becoming rhinoceroses, a popular reference in Israel to Eugène Ionesco’s 1959 play Rhinoceros which explores the upsurge of Fascism in France before and during World War II.

Fascism or patriotism, Israeli police and its chief, Superintendent Kobi Shabtai, know which side their bread is buttered. It’s almost heartwarming to see how the same system of blind obedience and brute force that used to be employed against defenseless Jewish settlers is now being turned against the enemies of the Zionist enterprise. It’s not a pleasant thing to watch either way, but at least now it’s not hurting Jews.

The Bedouin settlement was evacuated in 1951 by the military government over the Israeli Arabs which was in place from 1948 to 1966, and the land was confiscated by a government decree. Since then, the Bedouins have made countless attempts to rebuild, every one of which has been frustrated by Israeli governments. In 2015, the Supreme Court ruled the land was state-owned and intended for public use.

WAFA reported Monday that “Israeli police forces stormed the village and wreaked havoc on everything, making dozens of Bedouin citizens, including children, homeless again and prone to the harsh weather conditions of the desert for a while before they could have new make-shift homes again.”

WAFA noted that on November 14 Israeli authorities razed the village for the 209th time, making it the 14th time the village was demolished since the start of 2022. It was also demolished 14 times in 2021.

The Bedouin families of Al-Araqeeb say they own about 4,600 acres of the Negev desert and claim they paid property taxes to the Ottoman Empire and later to the British Mandatory authorities. Community leaders say they were forced out by Israel’s military.

Israeli officials maintain that the property was taken over by the state in the early 1950s because it was abandoned, and because its inhabitants were unable to produce deeds. They also maintained that the Bedouins have been squatters who refused to pay rent; cultivated land that did not belong to them; and were raising animals without livestock permits.

Israeli authorities claim that there has never been a permanent Bedouin settlement in the area. The Ottoman authorities permitted the clan members to graze their sheep and cows on this land but did not give them ownership over it. 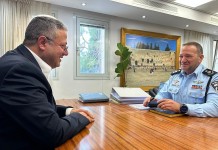