The former head of Israel’s National Security Council, Brigadier General Yaakov Amidror, warned about a third intifada that would erupt in Judea and Samaria in response to Prime Minister Benjamin Netanyahu’s promise to impose Israeli sovereignty on parts of the 1967 liberated territories come July 1, and the announcement of Palestinian Authority Chairman Mahmoud Abbas that he was withdrawing from the security cooperation with the Israeli government.

Amidror told Reshet Bet radio on Sunday: “Even without the sovereignty, the IDF takes into account that this could happen. The previous intifada erupted without sovereignty. It’s something that the IDF must prepare for.”

“There is no doubt that the Palestinian street will be more explosive if [the sovereignty] happens,” Amidror said. “Up until now, 90% of the fighting against Palestinian terror was the responsibility of the Shin Bet and the IDF. Now that there is no security coordination, it will be less convenient. The IDF must be ready to carry out its assignments without Palestinian support.”

Retired General Amidror is part of a massive propaganda effort against the imposition of sovereignty, an effort involving much of the mainstream media as well as a group of retired IDF officers led by former Major General Matan Vilnai, who in early May flooded Israel’s media with a biased survey showing that a majority of Israelis objected to the sovereignty. Naturally, the results of a survey depend on the phrasing of its questions. Incidentally, a rightwing group published its own survey which was skewed in favor of sovereignty.

Netanyahu’s coalition partners Blue&White are also engaged in the effort to prevent the sovereignty (incidentally, there is one major linguistic difference between the two sides: the right calls it imposing sovereignty, meaning it’s an area that already belongs to Israel and only requires the legal formality; the left calls it annexation, meaning it’s someone else’s land that Israel is appropriating).

Against the backdrop of the impending start of the process of applying sovereignty in Judea and Samaria, senior Blue&White officials have told reporters in recent days: “We cannot stop or prevent the application of sovereignty. If Netanyahu decides he will go for it, it is in his hands.”

Labor minister Itzik Shmuli and Blue&White minister Michael Biton have spoken out against the sovereignty, but they, too, cannot prevent the move. Only Netanyahu can – and the campaign against the PM’s imposing Israeli law in the settlement blocs and in Jordan Valley is therefore focused on him.

Last week, Blue&White minister Assaf Zamir told Reshet Bet that he is “against the sovereignty which is a unilateral move that harms Israel’s interest to continue to exist as a Jewish and democratic state.” Zamir declared: “We will fight every decision we believe is dangerous to the state. We have control over the process.”

Former NSC head Amidror also placed the responsibility for the move directly in Netanyahu’s lap, saying “annexation is a political and not a professional decision.” See? He called it annexation. “Begin decided to leave the Sinai without even telling the Army. The late Rabin decided on the Oslo Accords without notifying the Army. Ehud Barak left Lebanon after the Army opposed it, and Arik Sharon left Gaza after saying he would not leave, and yet he left. The military should organize to work under this political decision.”

So, to sum it up: sovereignty would serve Netanyahu’s political interests, not the country’s needs, and, anyway, it’s an annexation.

On Saturday morning, things got worse as far as the chances for a third intifada goes. Iyad al-Hallak, 32, a resident of eastern Jerusalem with “special needs” (autism – DI) was killed by police in the Old City. After he was shot it became clear that he had been unarmed. An investigation into the shooting was assigned to the Department for the Investigation of Police (DIP).

At 12:55 PM Saturday, the police Spokesperson issued an order banning the publication of the names of police officer involved in the incident and the name of the unit where they serve. The order was signed by the Jerusalem Magistrate’s Court Judge Sarit Zochowitzky-Uri.

Saeb Erekat, secretary general of the PLO’s Executive Committee, tweeted that the killing of al-Hallak is “a new crime that will be met with impunity unless the world stops treating Israel as a state above the law and the International Criminal Court fulfills its mandate.” And the PLO officially called on the International Criminal Court (ICC) to “fulfill its mandate regarding Israeli war crimes in Palestine.”

For the record, it isn’t at all clear if the ICC in fact has such mandate, due to a unique logical problem the ICC itself pointed out: the promised establishment of an autonomous Palestinian State is rooted in the Oslo accords; but now that the Palestinian Authority has declared those accords null and void, it may have consequently abandoned its claim to statehood.

About 300 leftwing activists protested in Jerusalem on Saturday against the killing of al-Hallak. Another demonstration, attended by several dozens, was held in front of the Jaffa police station. So far, we haven’t seen crowds of irate Arab rioters hitting the streets, although there has been a rise in Arab attacks on Israeli civilians in Judea and Samaria. There was a lull in Jewish traffic on the local highways over Shavuot and Shabbat – the real thing could start this week, should the PLO decide to stir up violence. 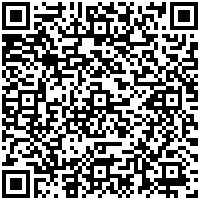