Settlement Affairs Minister Tzachi Hanegbi announced on Thursday the establishment of a new initiative aimed to prevent the “illegal takeover” of state lands in Judea and Samaria.

In a joint press release, the Settlement Ministry and the Prime Minister’s Office announced that the government will be allocating NIS 20 million in 2021 toward vehicle and drone patrols that will collect information on illegal activities to seize lands in Area C of Judea and Samaria.


According to the press release, the information will be relayed to the IDF, police, and Civil Administration.

“In cooperation with Prime Minister Netanyahu, we are mobilizing in full force to the battle against the hostile takeover of Area C,” Hanegbi said.

“The regional and local councils in Judea and Samaria will receive a dedicated budget to assemble effective and determined systems to thwart the Palestinian Authority’s stated plan to establish facts on the ground, in violation of the law and the agreements it signed with Israel.”

Earlier this week, the Zionist watchdog group Im Tirtzu published a new report that revealed how a Jordanian NGO planted nearly 2.5 million trees in Israel as a means of “green resistance” to “liberate Palestine from the river to the sea.”

In a speech given in July this year, APN president Razan Zuaiter accused Israel of stealing Palestinian land and described APN’s “green resistance” and the need to “set strategic, short, medium, and long-term steps to liberate Palestine from the river to the sea.”

Im Tirtzu CEO Matan Peleg welcomed the government’s decision and said that “our enemies learned that they can conquer Israeli land without even firing a shot, but rather through illegal construction and the planting of millions of trees.”

Peleg continued: “Through European and Jordanian funding, the Palestinian Authority is working to establish facts on the ground and seize hundreds of thousands of dunams in Area C. Im Tirtzu will continue working to protect Israel against all those seeking to harm it.” 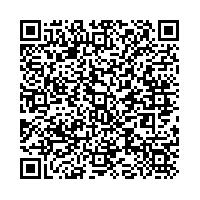