Islamic officials in Jerusalem have called for a general strike this Friday, ordering the closure of mosques around the city and instead calling on Muslims to perform their Sabbath prayers around the perimeter of the Temple Mount compound to protest upgraded security measures at the site.

The call comes on the heels of a declaration by the Palestinian Authority’s leading Fatah faction of a Day of Rage to be held Wednesday. Fatah is headed by Palestinian Authority Chairman Mahmoud Abbas and will likely serve to ramp up tensions around the Mount, known in Arabic as the Noble Sanctuary, ahead of noontime prayers on the Muslim day of rest.

It also followed a decision earlier Wednesday by Jerusalem District Police Chief Yoram HaLevy to close the Mount to Jews after expelling a group of religious Jews for violating visitation regulations at the site. The site was re-opened to Jews in the afternoon. A number of Jewish individuals have been removed from the site this week, including a popular Jewish blogger and a well-known Jewish broadcaster.

Islamic officials and Arab civic officials continued to place the blame for the conflict squarely on the shoulders of Prime Minister Benjamin Netanyahu, saying the decision to install metal detectors around the entrances to the Temple Mount — which the Arab sector often refers to in a blanket phrase as “Al Aqsa” — was a strictly political one. They said that representatives of the Arab sector in Israel would not submit to the new security measures, and added that they would not cooperate with police in order to resolve the standoff.

Rather, they called on Netanyahu to remove the metal detectors, calling them “collective punishment” and a violation of religious freedom. “The metal detectors must be removed immediately,” said Israeli Arab MKs Ahmed Tibi and Osama Sa’adi (Arab Joint List) in a statement. “We want peace, not war. We call on Prime Minister Netanyahu to rescind the decision to establish new security procedures.”

The Palestinian Authority also continues its incitement against the security measures, turning to the international community to pressure Israel into removing the metal detectors, since riots, protests, incitement and threats have so far failed.

Speaking at the weekly cabinet meeting in Ramallah, Palestinian Authority Prime Minister Rami Hamdallah said, “We call on the international community and the Arab and Islamic states to take responsibility for… stopping the occupation’s measures that are in contravention with all laws, agreements and international charters.”

Hamdallah further explained he was referring to the two-day closure over the weekend of the Temple Mount – which facilitated the investigation of the deadly terror attack last Friday, including a comprehensive search of the massive compound — and the installation of metal detectors at the entrances.

Domestic politics may provide the balance that would complicate the possibility of removing the magnometers, even if the prime minister were to consider it — which Netanyahu has said repeatedly he does not intend to do.

Right-wing members of his governing coalition have praised the security measures and stressed that they were introduced only after the murder last Friday of two police officers, Ha’il Satawi and Kamil Shnaan, by Israeli Arabs who emerged from inside the compound to carry out the attack.

“I’m reading in the international press about heavy pressure leveled at Prime Minister Netanyahu to give up our security needs on Temple Mount and cancel the metal detectors placed at the entrance, just as there are metal detectors at the Kotel and in Mecca,” said Education Minister Naftali Bennett.

“From here, the Israeli Knesset, I strengthen Prime Minister Netanyahu and am convinced he will stand strong, not give in or cave to the international pressure to cancel Israel’s security needs on the Temple Mount,” Bennett added.

The Israeli prime minister has also received support for the security measures from the United States, and from a somewhat unexpected source: the Custodian of the Two Holy Mosques, Saudi Arabia’s King Salman, whose personal intervention over the weekend persuaded Israeli officials to reopen the site to Muslim worshipers while the investigation of the attack was still underway.

In an article posted on an Arabic-language website, a source quoted King Salman dismissing the claim by Israeli Muslim clerics that the metal detectors constitute any disturbance to Islamic prayer, pointing out that such equipment is installed at “many holy sites” in order to prevent “terrorism.”

The Saudi monarch is the Custodian of the two holiest sites in the Islamic faith, both located in Saudi Arabia.

Andrew Friedman and TPS contributed content to this article. 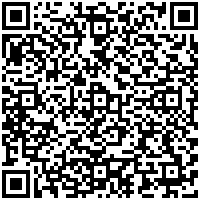