Judge Ram Winograd of the Jerusalem District Court on Sunday rejected the request of a group of disabled people and the right-wing human rights organization B’Tsalmo to submit a friend of the court brief in the case of the construction of access to the handicapped at the Cave of the Patriarchs in Hebron.

The defense ministry approved the plan to provide handicapped access to the Cave of the Patriarchs, but the Jordanian Waqf, together with (convicted terrorist who murdered six Jews in 1980 and later became) Hebron Mayor Tayseer Abu Sneineh, petitioned the Jerusalem District Court in its capacity as an Administrative Court to block access project.

Judge Winograd stated at the beginning of the legal proceeding that he would permit the brief only “if at the end of the initial hearing it would be determined a reply is needed,” at which point the handicapped and B’Tsalmo “would be given the opportunity to respond and the issue would be examined.”

For the time being, Winograd did not believe “their inclusion as a party to the proceedings would contribute to the hearing of the petition.”

Earlier, in response to Judge Winograd’s determination that the state should consider planning alternatives for disabled access to the cave, B’Tsalmo asked him to come down to Hebron and tour the Cave of the Patriarchs in order to get to know the reality of the plan up close. But the judge responded that “the role of the Administrative Court is to examine the legality of the decision that came out from under the hands of the administrative authority while giving appropriate weight to the legal criteria set in this context.”

“The court is not a supreme planning authority, nor does it possess the professional tools required to determine the preferred planning alternative. Therefore, it is unlikely that there is room for a visit of the site as part of this procedure.”

B’Tsalmo CEO Shai Glick said about the decision: “This is obliviousness and hypocrisy of the worst kind. While the judge rejects the Civil Administration’s plan that passed three planning committees and tries to force the state to choose a smaller alternative (in the form of a smaller, open elevator) that would severely harm the disabled—without any understanding of the construction and accessibility plans—the judge refuses to come to the cave together with the professionals and see with his own eyes the accessibility problem – claiming that he is not a professional planner.”

“This is a court whose ears and heart are wide open to terrorists while shutting its eyes from seeing the hundreds of thousands of people with disabilities who want to come and pray in the Cave of the Patriarchs with dignity,” the B’Tsalmo CEO said.

Glick’s anger is understandable, but his accusation that Judge Winograd is collaborating with terrorists is inappropriate. It should be noted in this context that back in January, Ayelet Shaked leader of the Yamina party, published her list of candidates for the Supreme Court, should she be appointed justice minister following the March elections, and among her candidates, Shaked placed … District Judge Ram Winograd.

Winograd was born in the United States to Zionist emissaries from Israel who returned home after his birth. He studied at the Netiv Meir yeshiva high school in Jerusalem and later joined the hesder Har Etzion yeshiva. Winograd served in the Maglan special force unit. In 1992 he became ordained as a rabbi.

Here are a few of his most noteworthy cases:

In 2012, Judge Winograd ordered the evacuation of three Jewish families from a residence in the city of Hebron after accepting the ownership claims of Arab petitioners.

In 2014, Winograd ruled that anti-assimilation activities of the Lehavah movement did not necessarily constitute a criminal offense.

In 2015, he accepted the appeal of the Temple Mount activist and member of the Jewish underground, Yehuda Etzion, and canceled his removal from the sacred compound. In his decision, Judge Winograd criticized the conduct of the police in the affair and stated that its behavior toward Etzion constituted a “slippery slope.”

In December 2017, Winograd dismissed the Arab petitioners’ claim and showed a deep understanding of Ottoman land laws when he determined that the lands of Kibbutz Rosh Tzurim in the center of Gush Etzion belonged to the Heimanuta company, a subsidiary of the Jewish National Fund.

At least one right-wing Zionist news outlet reported that Judge Winograd’s rejection of the friends of the court brief at this stage of the court case suggests that he believes a smaller access elevator should be constructed to spare the feelings of local Muslims. 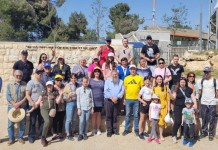 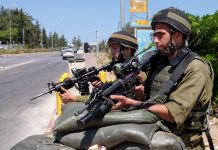 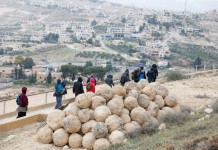 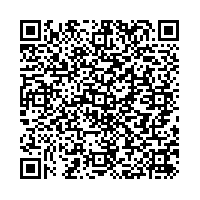