The Foreign Affairs and Defense Committee, chaired by MK Zvi Hauser (Derech Eretz), last week debated a motion for the agenda submitted by MK Gideon Sa’ar (Likud) titled, “The High Court of Justice’s decision which prohibits the demolition of a terrorist’s home, and a request for another debate.”

Following the meeting, the committee voted to approve the following decision: “The Foreign Affairs and Defense Committee calls on the government to request another debate on the High Court of Justice’s decision regarding the demolition of the home of the murderer of [IDF combat soldier] Amit Ben-Yigal, may his memory be blessed, this while paying attention to the size of the [panel of judges] and the disagreement between the three judges on the panel. We must make sure that practical tools for fighting terror are provided, and [in this framework] the government must adopt a policy to appeal judicial rulings that harm or may harm deterrence, in the war on terror and in the protection of IDF soldiers.”


MK Sa’ar presented his proposal and said, “Two and a half months ago I presented in the Knesset plenum my proposal to discuss this matter. I presented it as an urgent motion after the previous ruling in which the High Court of Justice annulled a decision to demolish part of a structure in which one of the accomplices in the murder of Dvir Sorek, may God avenge his blood, resided. Back then I already called on the state to request another debate on the ruling. I spoke with elements in the defense establishment and the judicial system, and, unfortunately, their decision was not to request another debate.”

“Today we must ask for another debate on the ruling that was issued this week, in which the High Court of Justice once again reversed the decision of the political echelon regarding the demolition of the home of the murderer of IDF soldier Amit Ben-Yigal, may God avenge his blood.”

MK Sa’ar called the ruling “miserable, wrong and painful,” and said “it must not remain intact.” The ruling, he added, “Reflects, in my eyes, an upside-down normative pyramid. At the bottom of the ladder are the interests of the State of Israel – the deterrence of its enemies and the protection of its soldiers – and at the top of the ladder is the murderer’s family.” The demolition of the home would help prevent such incidents in the future, MK Sa’ar argued.

Baruch Ben-Yigal, Amit’s father, said the ruling was “immoral” because all the security forces that were there, including the Shabak (General Security Service), “expressed a definitive professional opinion in favor of demolition as deterrence, and we are here for the sake of deterrence, not revenge. The judges were wrong because it is easy to prove that the family members were aware of the actions, and also because they [judges] determined that it was not an extreme case – then what is an extreme case?”

“When I learned of the ruling, I drove to the cemetery and saw more than 200 female and male soldiers who came there spontaneously, and it was painful for me to hear the harsh words they had to say about the country,” Baruch Ben-Yigal told the committee. “I love the country; our son died for it. If you would have heard those kids, the salt of the earth, who, because of the ruling, say they regret serving in the IDF, and I am the one who has to tell them not to talk like that.”

“I spoke with the Prime Minister, and he promised me that a request for another debate would be submitted, and the Defense Minister also issued a statement [to this effect], and I believe them,” said Ben-Yigal. 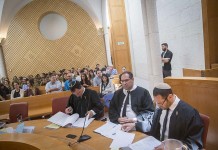 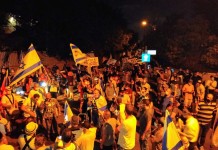 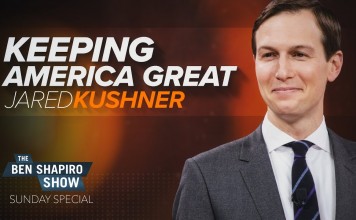