Facebook is the world’s largest social media website, one with hundreds of millions of users in well over a hundred countries. Despite its size, however, Facebook is not an entirely public forum on which “anything goes.” Rather, it is a worldwide gathering place where certain forms of speech and certain kinds of images are not allowed.

On its community standards page, the site lists a variety of types of speech that are not allowed, including threats of violence, pornography, and spam. Among those prohibited is “hate speech,” about which the policy is as follows:


“Hate Speech: Facebook does not permit hate speech, but distinguishes between serious and humorous speech. While we encourage you to challenge ideas, institutions, events, and practices, we do not permit individuals or groups to attack others based on their race, ethnicity, national origin, religion, sex, gender, sexual orientation, disability or medical condition.” [Emphasis added.]

This has nothing to do with censorship (which is a government activity, and cannot be engaged in by a private individual or organization), but with maintaining a civil space for the exchange of ideas. Granted, that isn’t always the case, but that’s why Facebook makes provision for hate speech to be reported. One can disagree with the policy, but it is clear what sorts of speech are being curtailed.

I was recently pointed in the direction of a Facebook page entitled The Untold History, run by a group out of Sweden that calls itself the European Knights Project, a partner of the Institute for Historical Review. On its masthead, it proclaims in all-caps that it is a “HISTORICAL SITE NON-POLITICAL,” but this is a sham. It is, in fact, a Holocaust denial site that not only presents bogus and falsified history, but also traffics in the vilest sort of anti-Semitism.

Presented primarily in the form of graphics with messages, Photoshopped pictures, and cartoons, the page offers all of the anti-Semitic greatest hits: Jews control America and want to control the world; the Holocaust never happened; Jews exploit the Holocaust myth for money; the Allies did far worse to the Germans, Japanese, and Japanese-Americans than the Nazis did to the Jews; Hitler was a great guy who was just standing up for Christian civilization; Communism is a Jewish tool; Israel is the source of all evil in the world; 9/11 was a Mossad job; etc. In one graphic, a “quote” fabricated by the American evangelist Texe Marrs is put in the mouth of Menachem Begin:

“Our race is the ‘Master Race.’ We are divine gods on this planet. We are as different from the inferior races as they are from insects…. other races are beasts and animals, cattle at best. Our destiny is to rule over the inferior races. The masses will lick our feet and serve us as our slaves.”

Once I had examined “The Untold History” for myself, I reported it to Facebook, and expected it to be quickly removed. Instead, I received this response from administrators:

“Thank you for taking the time to report something that you feel may violate our Community Standards. Reports like yours are an important part of making Facebook a safe and welcoming environment. We reviewed the page you reported for containing hate speech or symbols and found it doesn’t violate our community standard on hate speech.”

Flabbergasted by this response, I began contacting my Facebook friends, and urging them to report “The Untold History” for violating site standards. Dozens have done so, and all have received the same response. For some reason that is impossible to fathom, the administrators of Facebook seem completely incapable of recognizing anti-Semitism when it is staring them in the face, or see how it constitutes a violation of terms of use that ban hate speech.

In an effort to put pressure on Facebook to act, I have set up a page called Protest “The Untold History” and Other Anti-Semitic Pages. Oddly enough, this page seems to have a problem with disappearing posts. But you can still “like” it to send a message. I have also contacted the Simon Wiesenthal Center and Anti-Defamation League to look into Facebook’s non-disapproval of hate speech directed at Jews. As the word gets out, hopefully the company will do some serious self-examination, and ask itself why it has such a difficult time seeing what is obvious to all but the most bigoted observer.

This article was written for JNS by David Fischler, an Evangelical Presbyterian pastor and writer who blogs religious and moral issues. 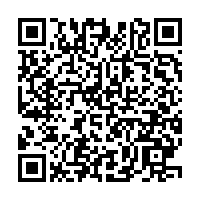