The Netanyahu-led government, which includes champions of Israeli settlements in Judea and Samaria such as Likud, Habayit Hayehudi and Yisrael Beiteinu, on Sunday rushed through the approval of a European Union collaboration program worth millions of euros which officially excludes Israeli Jews who live on the “wrong” side of the green line.

The program, Cooperation Across Borders in the Mediterranean (ENI CBCMED), is a key element of the EU policy towards its neighbors, supporting sustainable development along the EU’s external borders, and helping to reduce differences in living standards and addressing common challenges across these borders. In its 2014-2020 phase, it is aimed at 14 non-member countries, including Turkey, Egypt, Jordan, Lebanon, Israel and the Palestinian Authority, and promises enormous investments to both public and private organizations in each country for projects that receive the program’s approval.


Launched in May 2011, in the initial phase of the program, out of 300 proposals presented, 19 projects were approved for funding, in agro-food industry, sustainable tourism, integrated coastal zone management, water management, waste treatment and recycling, and solar energy – with a total value of € 82.5 million ($99 million).

Now comes the tricky part: as wonderful, needed, and generous as the ENI CBCMED may be, it introduces a kind of Sophie’s Choice to Israel’s righwing government, in accordance with the established policy of the European Union, the project includes a territorial clause explicitly stating that it may not be applied in Israeli-held areas beyond the 1967 borders. It means that groups in Judea and Samaria settlements, eastern Jerusalem and the Golan Heights will not be allowed to participate and receive the funding.

And the next time you run into Deputy Foreign Minister Tzipi Hotovely (Likud) and Justice Minister Ayelet Shaked (Habayit Hayehudi) you may wish to inquire how come both their signatures are at the bottom of the agreement between Israel and ENI CBCMED, according to the report in Ha’aretz – seeing as both have made a career out of raising the flag against the hateful BDS.

Only Culture and Sports Minister Miri Regev (Likud) fought the deal in the cabinet meeting, but, according to Ha’aretz, no other minister agreed to second her motion to delay the vote until another debate had been conducted.

Minister Regev filed a letter of objection with the government secretary, warning that “the absurd result of this agreement will be that if the Palestinian Authority submits a project in Hebron or in eastern Jerusalem, it would be approved and funded, while Israel will not be able to do the same.”

“In addition, I also disagree with the fact that this agreement refers to the Palestinian Authority as a ‘neighboring state,'” Regev noted. “I see no justification to, on the one hand compromising and to signing this agreement, while on the other hand demanding that the world recognize de facto our right to a united Jerusalem and even transfer its embassies to the capital of Israel.”

“On the contrary,” Regev rebuked her fellow ministers, “This is an opportunity to clarify our just position, instead of compromising for the sake of a small budget from the European Union.”

The Jewish Press online requested a response from Minister Shaked, which we will publish as soon as we receive it.

Meretz Minister: We Missed an Opportunity for Legal Status to More than 3,000 Palestinian Families 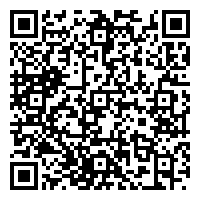