Angela Merkel’s conservative Christian Democratic Union (CDU) on Tuesday endorsed its newly elected chairman, Armin Laschet, a good friend of the State of Israel, as its candidate to succeed the departing chancellor. The German federal election will be held on September 26, and should he succeed in forming a governing coalition, Laschet would become the next chancellor.

In addition to serving as Leader of the CDU since January, Laschet, a Roman Catholic, is also the prime minister of the North Rhine-Westphalia, Germany’s most populous state. A former journalist and attorney, Laschet was elected in 1994 to the German Bundestag and in 1999 became a Member of the European Parliament. In 2005 he entered state politics in North Rhine-Westphalia as a member of the state government. As a cabinet minister, he was known for his liberal views and good relations with the immigrant community, earning him the nickname “Turkish Armin.” In 2012, he became the leader of the state party and was elected Prime Minister of the state in 2017. His cabinet includes his own CDU and the liberal FDP.


In August 2018, PM Laschet refused to attend the Ruhrtriennale arts and music festival in his home state because the festival had not denounced its advocacy of the boycott, divestment, and sanctions (BDS) movement. Laschet tweeted: “The German Bundestag called in act of rare unanimity to ‘decisively counter’ those who want to boycott Israel culturally and academically. The anti-Semitic motivation of the so-called BDS movement demands a position from everybody, also from the arts.”

Ruhrtriennale Festival director Stefanie Carp included in her program a pro-BDS Scottish band called Young Fathers. Carp told the state parliament’s cultural committee that the BDS anti-Israel campaign is not anti-Semitic, it only supports the “right of Palestine to exist.”

In March 2020, PM Laschet visited Israel and opened a new North Rhine-Westphalia Office of Economy, Science, Education, Youth and Culture on Arlozoroff Street in Tel Aviv. Laschet told reporters: “Our state’s office in Tel Aviv is another milestone in the relations between North Rhine-Westphalia and Israel. In no other country does our state have an office with such a comprehensive mission.”

On the same visit, Laschet met with President Reuven Rivlin and told him: “We have just come from Yad Vashem where we saw evidence of the greatest crimes against humanity. It still affects us. When you spoke at the Bundestag in January, you reminded us of what we must still do to fight anti-Semitism, racism, and xenophobia. The rise of the far-right in Germany fills me with shame just 75 years after Auschwitz. Looking to the future, I am happy that we will open an economic office to develop relations between Israel and the Nord-Rhein Westphalen region of Germany.”​

The Berlin Spectator reported that Armin Laschet had a strong opponent, Markus Söder from Nuremberg, the First Minister of Bavaria. After an intense fight for the candidacy, which took eight days, Söder conceded defeat. But the Spectator noted that “from the perspective of many, in Bavaria and all over the Federal Republic of Germany, the better, stronger candidate just congratulated the second-best one who was selected in Berlin.” 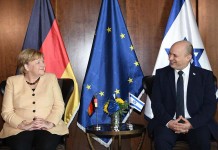 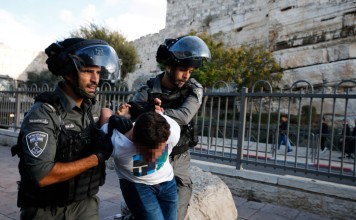 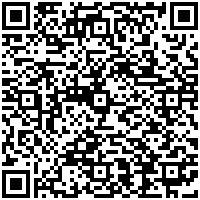