A foundation stone was laid on Thursday for a Jewish museum, parts of it to be built on the ruins of the old Jewish quarter of Cologne, a 2,000-year-old city spanning the Rhine River in western Germany, DPA reported Friday. The Jewish museum will “arise” over the basement of the first Cologne synagogues and ritual bath, and will use ruins uncovered recently in the Jewish quarter. The ruins, which also include a Roman palace, are part of a wider complex that came to light during restoration works following damage caused in World War II.

Cologne’s Jewish community is considered the oldest north of the Alps, according to the Cologne congregation’s website, which claims that the first mention of the community goes back to 321 CE.

“No other German city has such long ties to Jewish history as Cologne,” said Armin Laschet, the conservative premier of the state of North Rhine-Westphalia (NRW), at the ceremony.

The persecution of the Jewish community at the time of the Black Death was the fiercest in the entire Middle Ages. In 1340 a terrible pestilence arrived in Europe. The Black Death had not reached Cologne until December 1349, but reports of its devastating impact arrived on the Rhine from the south considerably earlier. Ultimately, between 30-60% of the European population died from the epidemic, provoking fears of an apocalyptic nature. Accusations that the plague was caused by a conspiracy of the Jews to poison the wells (which were not proven in a single case) had their origin in southern France, but quickly spread across the Continent. They formed the background for a murderous pogrom on August 23-24, 1349 in Cologne, following which an estimated 110 Jewish communities in the Holy Roman Empire were exterminated.

Deutsche Welle noted that the museum’s groundbreaking ceremony came on the heels of a new case of anti-Semitism in Germany, in which high school students in Berlin had bullied their Jewish classmate for months. Many German politicians are concerned about the steep rise in anti-Semitic acts, and Jewish leaders are demanding a more energetic protection from law enforcement agencies.

PM Laschet used the occasion of the groundbreaking to highlight Germany’s long history of anti-Semitism, declaring that the museum “is also an appeal against anti-Semitism.” 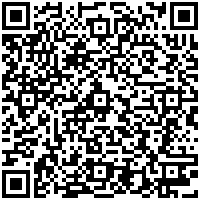