The Syrian Observatory for Human Rights on Saturday reported on the collapse of ceasefire negotiations between Russian forces and the Assad regime and the towns around Daraa, in southwestern Syria, near the border of Israel’s Golan Heights, where Russian warplanes and Syrian army tanks carried out intensive raids on local civilians.

Syrian media reported that 10 villages and towns have so far surrendered to the regime since Saturday morning. Russian military forces entered several villages and towns in the south of the country. According to the official Syrian news agency SANA, the toen of Al-Ghariya al-Sharqiya in the Daraa vicinity joined the surrender “reconciliation” mid-day Saturday, with its residents gathering at the entrance to the town to “welcome the Syrian Arab Army and to thank it for saving them from terrorism.” This ritual was repeated in the town of Dael, north of Daraa, which also joined the reconciliation, together with Tal Khleif and Tal al-Sheikh Hassan, where rebel gunmen started to give up their weapons to the Army.


Possibly unaware of these reported rapid changes, a spokesman for the Free Syrian Army announced that the ceasefire had failed because “the proposal we received from the Russians and the Assad regime was insulting and humiliating. They demanded that we accept the agreement and surrender, while all of our demands were rejected out of hand. We will not agree to this and will not surrender. We will fight the Assad regime and its allies to our last drop of blood.”

This is probably being arranged, at least in southwestern Syria.

As many as 160,000 Syrians have fled the war zone to the Jordanian and Israeli borders, where neither country is prepared to let them in. Israel has been delivering enormous amounts of humanitarian aid to the displaced civilians, with a special “good neighbor” unit cutting across the border every two nights, give or take.

Jordanian soldiers reportedly on Saturday shot at Syrian refugees who tried to cross the border. Meanwhile, a Jordanian government spokeswoman announced Saturday night that the army has begun to distribute humanitarian aid to the Syrians on the Syrian-Jordanian border. The Jordanian announcement stated that humanitarian aid had been placed in Syrian territory without allowing refugees to enter the kingdom. 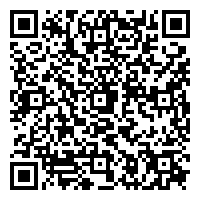