As Jewish community leaders in Germany and abroad continue to express deep concern over the results of the country’s elections this week, Prime Minister Benjamin Netanyahu took steps on Tuesday to reinforce Israel’s relationship with re-elected Chancellor Angela Merkel.

Speaking with ministers at the weekly cabinet meeting in Jerusalem, Netanyahu said he spoke with Merkel by phone earlier in the day.


The prime minister said Merkel had been a true friend of the State of Israel and the Jewish People for many years, and was a great leader of Germany and Europe.

“I congratulated her on her victory,” Netanyahu said. “The State of Israel is certain that under her leadership the special relationship between Germany and Israel will continue to deepen and prosper.

“I called on the new government that will be established to act to strengthen those forces in Germany that accept the historic responsibility.”

Israel is concerned over the rise of anti-Semitism in recent years among political elements from the right and left, and among Islamic elements. Israel [also] rejects attempts to deny the Holocaust. There are two different things – Holocaust denial and denial of responsibility.

According to Netanyahu, Merkel said that as soon as the new government is established she would like to hold the G2G meeting that was postponed from May of this year.

Netanyahu said that he “also emphasized our policy regarding Iran’s attempts to base itself in Syria.” 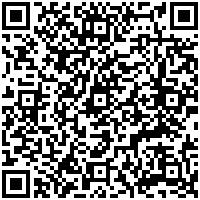