The Scandinavian news website Nordfront.se, representing the Nordic Resistance Movement, a Pan-Nordic neo-Nazi movement and in Sweden a political party, on Saturday published a report titled, Dolls hung at the Synagogue in Norrköping, about the police in Norrköping—a city about 100 miles southwest of the capital Stockholm, population 137,326—who were alerted on Sunday morning that dolls and posters had been hung outside the local synagogue.

The police confiscated the dolls and have initiated a preliminary investigation into incitement against ethnic groups, according to Nordfront, which spoke to a concerned Norrköping resident who said there were two posters next to the dolls that “informed about the Jewish holiday of Pesach (sic.). The holiday begins today and is celebrated by Jews around the world until next Sunday.”

The concerned resident appeared to know a whole lot more about those posters, almost as if he or she had written them themselves.

According to Nordfront’s source, the two posters read as follows: “Today marks the beginning of the Jewish Passover, which is celebrated every year in memory of the Israelites’ murder of tens of thousands of newborns in Egypt. Tens of thousands of infants have been murdered in our time during the Jewish occupation of Palestine. Get organized in the fight against Zionism!”

A disturbing incident on the first night of Passover, shared with ADL by the Swedish Jewish community. Dolls were hung near the synagogue in Norrkoping with a message about Passover being a Jewish celebration of killing thousands of Egyptian children pic.twitter.com/DLT2LUgY5k

The Anti Defamation League on Tuesday tweeted: “A disturbing incident on the first night of Passover, shared with ADL by the Swedish Jewish community. Dolls were hung near the synagogue in Norrkoping with a message about Passover being a Jewish celebration of killing thousands of Egyptian children.” 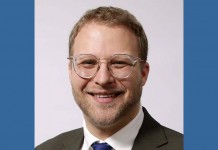 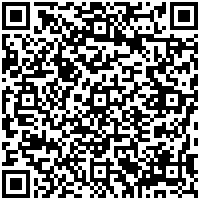